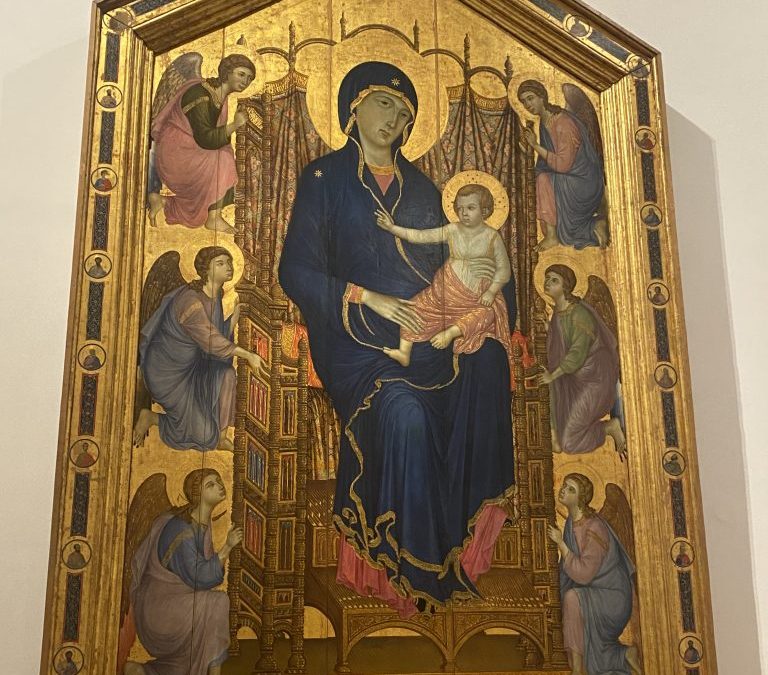 Well. There we are then. So long 2020, the year in which the world turned on its head, and in which so many people’s lives were cut short or irreparably altered.

On a personal note it was the year in which, for nine weeks, I wrote a blog post every day (though even two months of full-on, take-the-bin-out-for-a-treat, lockdown wasn’t enough to get me to tidy my desk). It was the year a calendar of near solid work was cancelled in the space of a couple of weeks (and many trusting and thoughtful clients left their deposits on ice for which I remain extremely grateful). It was the year I learned to use Zoom and wrote and took photos for online talks on different subjects every week (continuing into 2021, more here). It was the year that I overcame embarrassment and my loathing of selfies and live-streamed tours of Rome with a gimbal, wandering the streets while talking to myself. It was the year I didn’t take a single plane, or see my family in London, and became an aunt for the third time to a baby I’ve not yet met. But it was also the year I spent time in deserted Venice and Florence, Zooming from there instead: an extraordinary privilege for which I’m very grateful.

On these trips I gorged on churches and galleries, and when I got off the train in Florence in October I went straight to the Uffizi.

In the first room I stood, entirely alone, before the Rucellai Madonna, commissioned from Duccio di Buoninsegna in 1285 for the chapel of the Laudesi at Santa Maria Novella. The contract (dated 15 April, 1285) is the oldest such document to survive. It establishes that Duccio would be paid 150 lire; that he should use ultramarine for the Virgin’s mantle and gold leaf for the ground; that he must paint the panel entirely by himself, without help from his workshop; and that the Compagnia dei Laudesi had the right to refuse it for any reason if it didn’t meet their approval. Duccio was somewhere between 25 and 30 years old when he accepted the commission.

The enormous panel was somehow even more breathtaking on this occasion than on others. For a few moments time stood still and unbidden tears, entirely divorced from sadness, pricked my eyes. As she looked down upon me standing in this room in my mask in the year 2020, I returned her gaze as countless people have done for seven and half centuries. An all-enveloping and alarming period in our history, a mere blip in that of the painting. Somehow I find that very comforting.