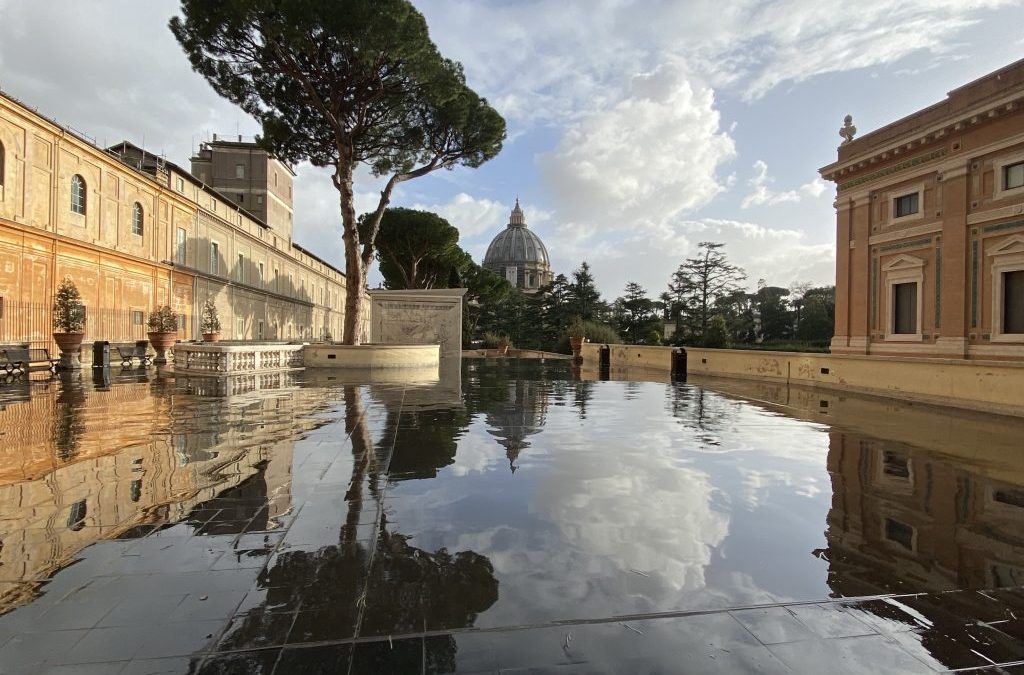 Last night, as I was making pasta e fagioli, I happened to hear the live-stream broadcast from the Italian Prime Minister, Giuseppe Conte. He announced that Italy was under quarantine in an attempt to slow the spread of Covid-19 which has begun to test the resources of the healthcare system in Northern Italy (so far) to a very significant degree. He said that there were no longer “red zones”–first a cluster of towns in Lombardy and Veneto with outbreaks of the disease, then from late on Saturday night most of Northern Italy–but that the whole country was now to be a restricted area. All Italian schools and universities were closed on Thursday, and on Sunday morning all museums and archeological sites were shut down.

These new regulations extend the restrictions previously applicable in the “red zones” to the whole country. They include closures of all public gatherings (cinemas, theatres, gyms, swimming pools, pubs, clubs; all coffee bars and restaurants after 6pm, though many have closed completely for the duration). Walks in the park, cycling, food shopping are all permitted but should be undertaken in groups of one or two people, and maintaining a distance of at least a metre between people. Shops and coffee bars are restricting numbers entering to follow this rule. Movement between towns and cities requires a justifiable cause, such as unavoidable work commitments or health reasons. If discovered to be unfounded, statutory punishment is a maximum three month prison sentence. It’s a serious business.

It is the right thing to do, but clearly the effect of the across the whole country (not only tourism, significant as it is in the Italian economy: some 13% of GDP) is enormous. From my perspective, and those of people in my line of work, the entire spring period (at least) has been wiped out at a stroke. The knock-on effects of every cancelled trip are a flurry of ripples, of which I am just one tiny part (hotels, museums, shops, restaurants, coffee shops, and their suppliers; all who are employed by them and their families; taxi drivers; next years’ massively reduced taxes and the public services they fund: the list is never-ending). I have nothing but sympathy for my clients, many of whom booked months ago: I know only too well how much thought, time, and excitement goes into planning, and feel their disappointment acutely.

In the meantime central Rome has been getting steadily quieter and quieter, I’m very glad that last week I took advantage of the opportunity to visit the Vatican Museums, the Borghese Gallery, and the Raphael exhibition at the Scuderie del Quirinale. This last is especially heart-breaking: it celebrates the 500th anniversary of the artist’s death, has been in the planning for years, and has an unrepeatable collection of national and international loans.

I hope that this passes as safely and as soon as possible, and that I can get back to showing people round the most beautiful and interesting city in the world. In the meantime if you’d like to see how the situation progresses follow me on Twitter and Instagram, and, who knows, given the time on my hands I may even manage a daily update on the situation here. Watch this space, as they say.