Stravinsky’s Coffin and the Uncertain Seminarian 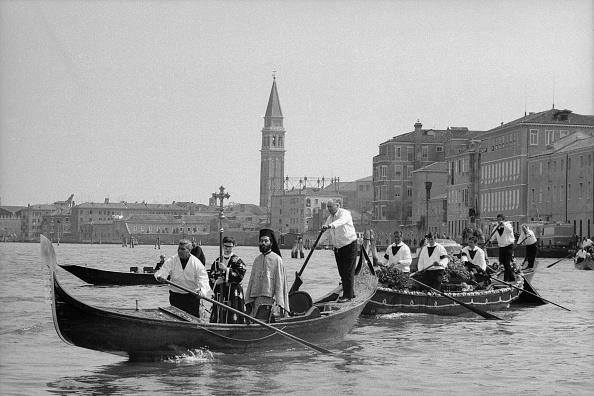 A couple of weekends ago La Repubblica published an excellent article (in Italian, paywall) about Igor Stravinsky’s funeral which took place fifty years ago this week, on 15 April 1971. Stravinsky yearned for Italy, but by all accounts felt safer with his doctors in the US and died, aged 88, in New York City. He had requested that he be buried in Venice, by the tomb of Diaghilev with whom he had irreparably fallen out umpteen moons before. The article reminded my husband of an event from his childhood and after various family phone calls, including to a distant cousin called Franco, the story was pieced back together.

In April of 1971 Franco was a seminarian and took the train down from Padua. Before setting off he had called his only family in Rome, my husband’s parents who met our Paduan seminarian at Termini Station. Massimo’s father Piero was a fireman and Franco stayed a night with them at their house at the “Villaggio di Santa Barbara” at Capannelle where my mother-in-law still lives. Named for the patroness of firefighters (and artillerymen and bomb disposal experts) with its low-rise ochre buildings and pines it is the stuff of the more upbeat neo-Realist Italian cinema. We shall imagine our seminarian welcomed with bowls of spaghetti and tumblers of local wine, as surely he was. The next day he was picked up by a car which took him to Fiumicino Airport, where the purpose of his Roman sojourn was to meet the coffin of Igor Stravinsky and accompany it to the Veneto.

The only funeral director near Venice with a hearse appropriate for the Maestro was at Padua (Venice famously has little need for road-going vehicles). And so it was that the coffin of Stravinsky, the funeral director, and our young seminarian set off on the long journey to Padua. Along the way the Mercedes hearse had not one one but two flat tyres. One imagines Stravinsky would have been less than impressed.

When they arrived at Padua the Venetians took over, the coffin crossed the Venetian Lagoon, and the funeral service was celebrated with an Orthodox rite at the splendid church of Ss Giovanni e Paolo. Peggy Guggenheim was there, and it was broadcast live on RAI 1. After the funeral the coffin was taken by gondola to the cemetery island of San Michele, which is when this photograph was taken. An extraordinary image, quite out of time.

Fellini didn’t make anything up. As a final flourish to the story (such stories are aware they require the punctuation of a final flourish, and as such obligingly provide one) we can add that Massimo’s cousin Franco subsequently renounced the cloth to marry a parishioner. He has never mentioned whether the subversive notes of the Rite of Spring were in any way responsible.