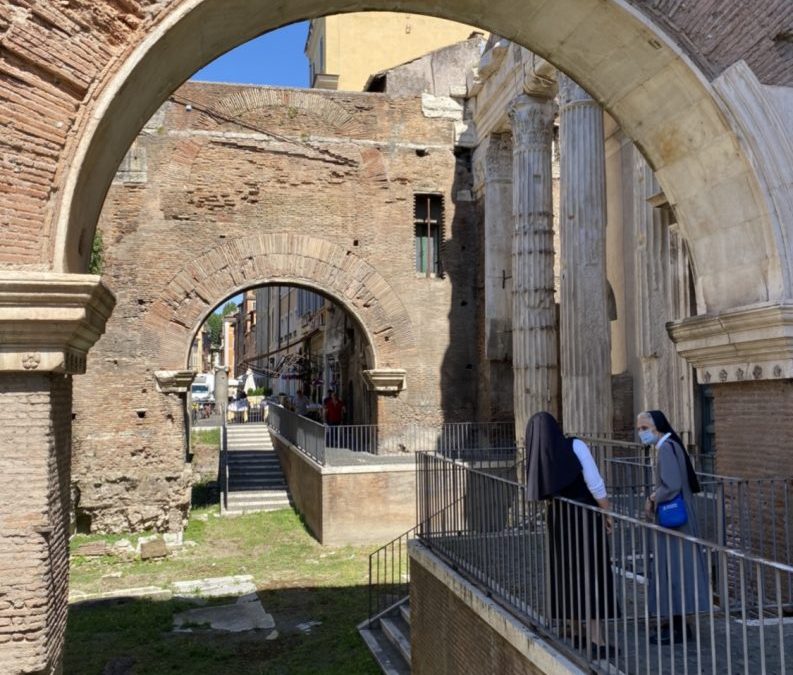 Today saw the most encouraging numbers in Italy since all of this began: a hundred and twenty-six new cases were confirmed after twenty-seven thousand tests in the last twenty-four hours, and six people died. Overall there are one hundred and eighty-six fewer active cases in the country than yesterday. Any optimism should obviously be accompanied with great caution, and while people are undoubtedly generally demonstrating greater levels of confidence in returning to some semblance of normality rules are still being followed.

Masks are obligatory in all public internal spaces, and on all public transport (where every other seat is blocked off); the academic year ended without students returning to school or university; temperature checks are carried out in mainline railway stations and at the entrance to public offices and museums; reminders to observe social distancing and hand sanitiser dispensers are absolutely everywhere.

Undoubtedly there will be groups of teenagers hanging out en masse (though many of these are wearing masks also on the street, presumably following parental pressure; their obedience is rather sweet), and the aperitivi that seem to be the bête noir of doom-mongers foretelling a resurgence of the virus. Even if not followed to the letter by everyone at all times, nevertheless measures are significant and widespread, and clearly that is having an effect.

Indeed Italians are far less anarchic than popular tropes suggest: undoubtedly some people wear masks more reluctantly than others but where obliged to they wear them nonetheless. I’ve not heard anyone suggest that to be required to do so is an impingement of personal liberty. It’s just a mild inconvenience which allows us, for now at least, to begin to emerge from the curious state of suspended animation that characterised the Spring of 2020.

Last week I had a flurry of in-person (distanced, masked where required) tours, no idea when the next will be but it was fun to get back in the saddle, so to speak.

As well as the Appian Way and Field of Mars (as I mentioned last Monday) my tours went to the Vatican Museums on Tuesday; to Hadrian’s Villa and Villa d’Este at Tivoli on Wednesday, to Ostia Antica and the Galleria Borghese on Thursday.

On Friday I did a dry run for two sold out virtual tours around the Capitoline with the good folk of Academy Travel which kick off tomorrow at 7:30am Rome time to accommodate the time difference (just as well given the temperatures this week.

Plus more of my Zooming with thoroughly delightful folk; all-in-all a satisfyingly busy week.

Will this apparently stabilising situation last? Who knows. For now I shall enjoy the return of a thousand small freedoms which we took for granted, follow the rules, and hope for the best.