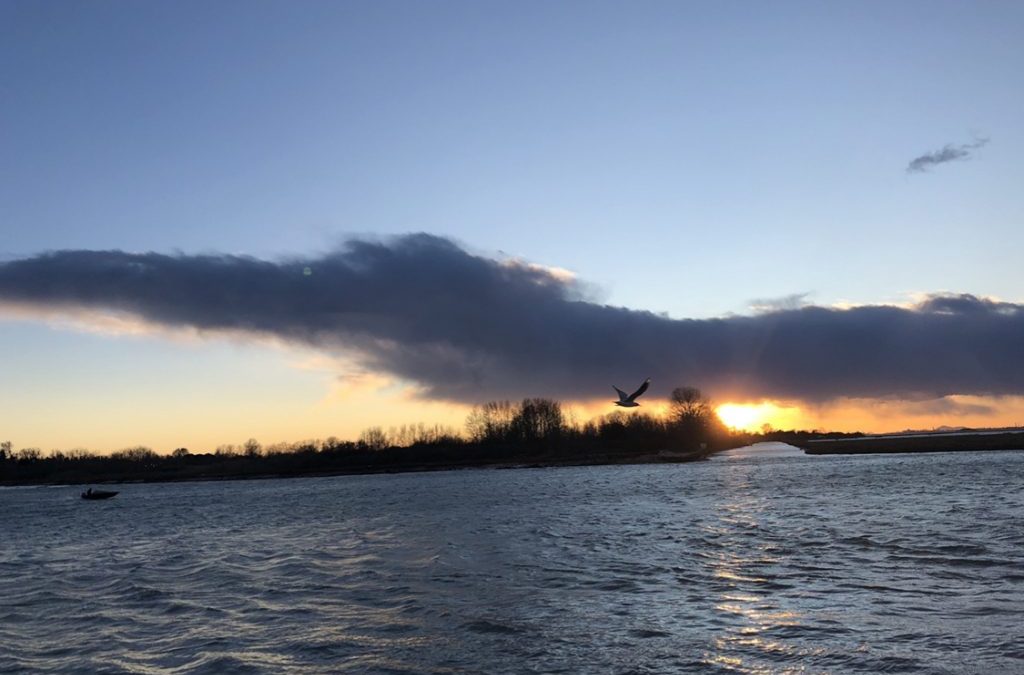 On Day 42 of the Roman Quarantine, I mentioned the fabulous mosaics at Ravenna. Following the post, I got an email from my wonderful uncle Tommy recalling his trip there as a student on a hitch-hiking tour of Byzantine sites in 1969. When I was perhaps sixteen, possibly after telling of my Venetian school trip, I remember admiring an extremely good photo of his of the Anastasis at St Saviour at Chora, Istanbul. He gave it to me framed, and it hung on many of my own student walls before falling victim to poor packing on one move too many several years later (do you have another copy, Tom?). It was perhaps my first introduction to the delights of wider Byzantium. Anyway he asked if I did requests and if I’d write something about Torcello. Of course I do! How lovely to be asked!

On the same Venice school trip that took me to Ravenna in 1993 we also went, on that blustery October half term at the tail end of the last millennium, on the vaporetto across the lagoon to Torcello to visit Venice’s first cathedral. This is a title it held until 1807, when it was superseded by St Mark’s (which I always think is surprisingly recent). I’ve been there on almost every visit to Venice since, and can never quite believe how wonderful, other, and mysteriously dramatic the whole experience is. I’m fortunate to be able to choose when to take trips and have never been to Venice when it’s busy (mid-week November/January after the 6th and before carnival is just the best, though frankly at the moment it feels as if nowhere will ever be busy again).

Emptiness undoubtedly adds to the drama of the journey over the lagoon. Burano with its pretty coloured houses gets plenty of visitors, even in winter, but on more than one occasion I’ve been the only person making the short extra hop to Torcello. I was last there in November. A couple of years ago I took my husband who, despite many visits to Venice, had never been before and he too was wowed.

The walk from the pier to the church of S Maria Assunta is magically removed from the urban. In the winter, one walks passed the shuttered Cipriani and birds in the reeds, to the   former cathedral of Venice which dates to the seventh century. Inside its finest decorations in mosaic date to the eleventh and twelfth centuries. A Virgin Hodegetria (she who shows the the way) is stark against a gold background.

On the interior entrance wall is a complex Last Judgement, following a template that would be the same (more or less) used by Michelangelo in the Sistine Chapel four centuries later. A survival, not a revival, of mosaic – that most Roman of art forms – filtered through the prism of the Eastern Empire at Constantinople in the service of Christianity, and returning by way of the Byzantine exarchate at Ravenna to this quiet island at the northern reaches of the Venetian lagoon.

Devastation caused to Venice by the Black Death in the fourteenth century changed the island’s fortunes, as did the encroaching of the swamps of the lagoon and a resulting increased prevalence of malaria. Pandemics and environmental changes are, of course, nothing new (though our role in their development, and the part we can play in averting them most certainly is). An island which a thousand years ago numbered (perhaps) 20,000 souls, is today very sparsely populated. It’s a little darker when one considers the reasons for its near abandonment, but no less magical. I can’t wait to go back.