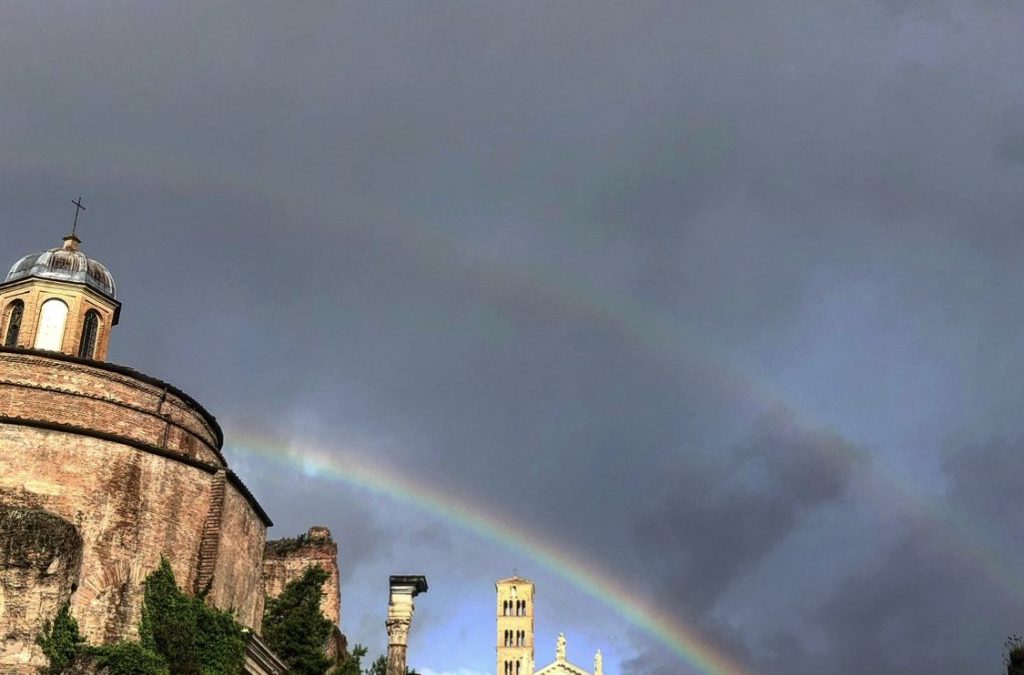 I did another version of yesterday’s online talk “Salt, the She Wolf & and Spin” this evening. It was fun. Also I’ve stopped having nightmares about Zoom, which is something. Once again some really delightful people, good questions, and a generally friendly atmosphere which I throughly appreciated. I’m doing it again on Saturday, also at 7pm, as some folk who have North American work hours couldn’t make the weekday dates asked. I announced it on Twitter earlier this evening and still have a few slots. Email me if you’re interested. Next week I shall be moving on to think about aqueducts, roads, and trade in Ancient Rome.

I’ve also got a couple of translations on the boil from regular clients at Rome’s oldest university “La Sapienza” (it was founded by Boniface VIII in 1303, and the name means “The Wisdom”; that’s a good name, isn’t it?). So after a couple of months of inventing things to do, all of a sudden I’m (relatively) busy, which feels good.

After my talk, we had a really good virtual catch-up with my cousin Alexander and his wife Ruth (who have a really sunny and fun radio show on this lockdown radio station, their next show is tomorrow noon-2.30pm UK time; highly recommended!), and then because M had been yearning for a Chinese takeaway for yonks we had a delivered Chinese supper.

As we ate some mysterious playlist algorithm threw out Antonello Venditti, late twentieth century Romanitas incarnate: all tinted sunglasses and medallions; a bit sentimental, a bit rough and ready. I adore him. My favourite of his videos involves the Roma football anthem and a white piano trundling through the Colosseum in 1983 (when Roma won the Italian football league). Wait for the piano to start moving, it’s fabulously bonkers.

This evening the song that came on was Roma Capoccia, a love song to the city; simultaneously naff and gloriously moving, and all sung with a full-on Roman accent. No consonant knowingly left undoubled. “Vedo la maestà derrr Colloossseo, vedo la santità der Cuppoloneeee”. “I see the majesty of the Colosseum”, it goes, “I see the holiness of the Big Dome”, which is what St Peter’s is known as in these parts. The seven hills get a mention too. The genius loci I mentioned in my talk, the spirit of the place, is strong.

I love some Roman schmaltz and Venditti also has a place in our hearts because our second date began at the massive free concert he gave in the Circus Maximus when Roma won the league in 2001 (the first time since that piano trundled round the Colosseum in the early 80s). So we belted it out together, just the two of us, grinning over our dumplings and spicy fried pork.