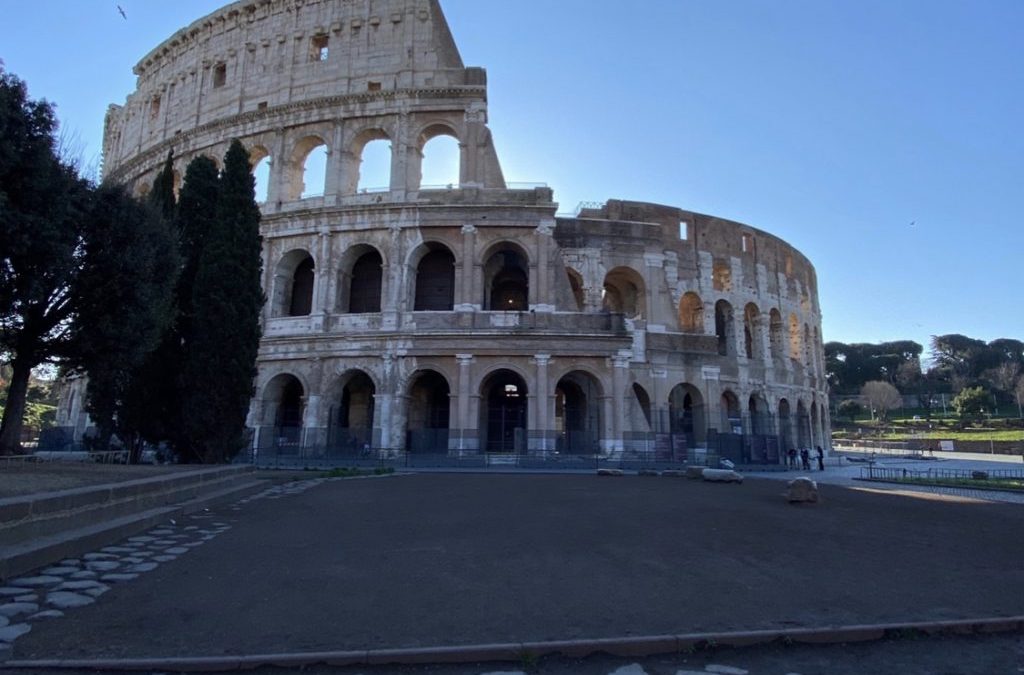 Today is Rome’s birthday. On the 21st April, 753 BCE (which I think we can agree is very specific for a legend), the city was founded by her first king, Romulus. He and his brother Remus, were twin sons of Mars and the Vestal Virgin, Rhea Silvia. She was the princess of Albalonga (believed to have been more or less where the papal summer residence is now at Castelgandolfo), a throne stripped from her father by his dastardly brother. The only member of her family to be spared, she was forced to become a priestess in the cult of Vesta, to avoid any troublesome kingdom-reclaiming heirs. However, Mars the god of war, had other ideas. She bore his twin sons who were swiftly (but inefficiently) abandoned in the river by the henchmen of the evil uncle. They washed up in an inlet of the Tiber and were found and suckled by a she-wolf (legends do not, after all, require nutritional plausibility), and grew up to feud for the control of hills overlooking the (once) fordable section of the Tiber. Divine will, babies in baskets in rivers, fratricide; tales as old as the hills. There are, after all, only so many stories: they tend to repeat themselves.

An excellently gritty (and indeed muddy) version of the story is recounted in the film Il Primo Re. Made with a low budget and with (subtitled) dialogue in archaic Latin, it is a fantastically improbable and admirable project. We saw it at our local neighbourhood cinema last year and loved it.

The version of the story that we all know, however, is that written by Livy for Augustus. It was an integral part of the spectacular multi-media campaign of spin which underpinned the divine right to rule of Rome’s first emperor, hailed as the New Romulus. Religion, poetry, art, portraiture, legend, history, genealogy, and geography were all harnessed with extraordinary skill to emphasise the inevitability, and the divine ordinance, of Augustus’ rule. He built his residence amid the houses of the swishest area of Rome, atop the Palatine Hill, close to where it was (is) believed that Romulus founded his settlement in what, even for Augustus, was an ancient past.

To think of Augustus’ exploitation of the legend of the city’s foundation as a purely cynical move is, however, to miss the point a little. Rome has always been obsessed with its own origins, and with the genius loci—the spirit of the place. Though these elusive origins may lurk in the distant and shifting mists of hazy legend, they nevertheless also underpin the very tangible palimpsest of over a millennium of concrete, brick, and marble of the multiple rebuildings of the Palatine Hill. Whether or not Romulus actually existed is far less important than the fact that the Romans believed he did.

Once the seat of the invincible masters of the universe, the majority of the buildings of the Palatine have long since been dismantled for spare parts. Looted for a thousand years. Their materials can be found in the churches and palaces of the papal city. If one wanders around Rome, I feel one can almost see where all the bits went, the city is a grand exercise in the conservation of matter. No wonder there’s not a great deal left. On the morning of the 8th March, I visited the Palatine Hill with a client. Rome was already deserted of tourists. We went in soon after the site opened at 8.30am, little knowing that twenty minutes later government decree would see it closed again. But as we were in we were allowed to wander around, and even see the Domus Transitoria which had been the purpose of our visit. Other than the very occasional guard, we were the only people there. It was extraordinary.