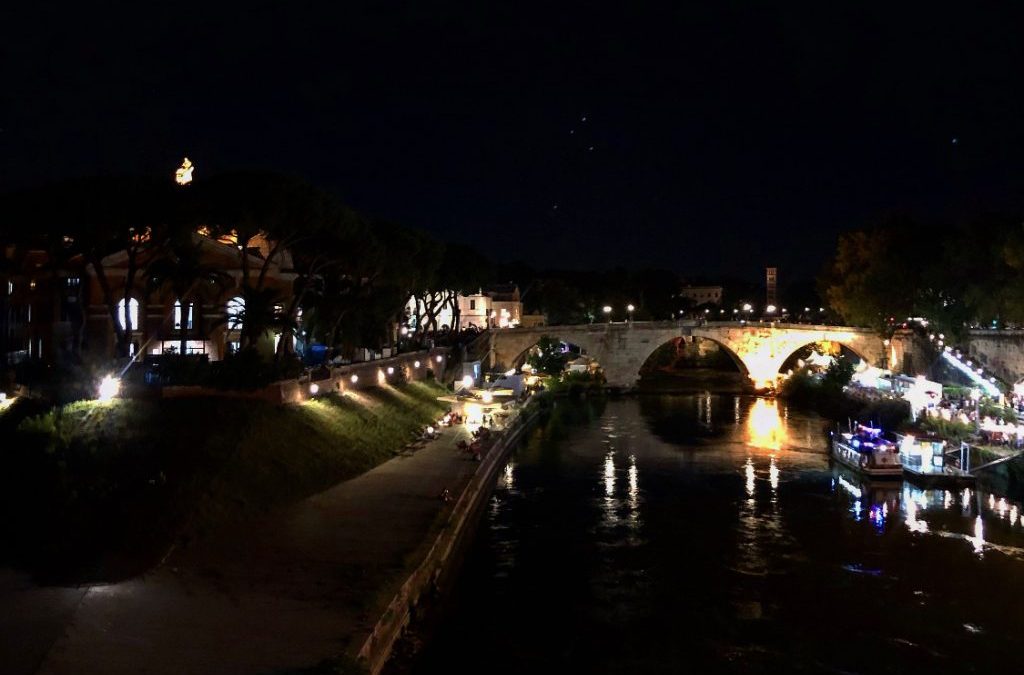 The other day on Twitter, Tom Holland (the historian, not Spiderman) posted photos from an enviable early morning London walk. Among them was this photo of St Bartholomew the Great. A thoroughly excellent church, and one that owes its existence to Rome. I still vividly remember being told the story of its foundation when on a trip from my nearby school aged perhaps seven or eight.

In the early twelfth century, there was a man called Rahere, who may or may not have been a jester (I long assumed I had made this up, but it is in fact one of the variables in the story in which he’s described variously as a jester, a monk, and a courtier). In any case he was – whether for his jollity, his piety, or his diplomacy; or perhaps a combination of all three – a favourite of Henry I. Rahere travelled to Rome on pilgrimage where he fell ill, as pilgrims so often did. He was treated on the Tiber Island, at a hospital then run by Benedictine nuns (and since the late sixteenth century, when it became the responsibility of the Brothers Hospitallers of St John of God, known as the Fatebenfratelli).

It is said that while ill, Rahere saw a vision of the island’s patron, St Bartholomew, who promised him a safe return if he would build a hospital on the place then called Smoothfield. The church of St Bartholomew-on-the-island had been built to house the relics of the apostle Bartholomew brought to Rome by the Germanic Emperor Otto III. The church was completed a century and a bit before Rahere was in Rome, finished just before the turn of the first millennium – a moment of turmoil with overtones of imminent apocalypse. Below the church’s foundations, and in part still visible, is a temple of Aesculapius dating back to the third century BCE. The island’s history of healing is an ancient one indeed, and in the case of Rahere it worked.

He returned to London intact, and founded a priory which ministered to the sick and the infirm in 1123. Opposite the church today, some nine hundred years later, is the vast complex of Bart’s, the oldest hospital foundation in the UK. The hospitals of the Tiber Island and Smithfield are inextricably connected, and both places which throughout their existence have borne witness to desperate outbreaks of plague and cholera, and which are at this very moment enduring the horrors of a pandemic.

My most recent memory of the church is from June last year, and feels that it couldn’t be more different from this moment if it had happened on another planet. I met my brother for a drink on a balmy summer evening at a nice pub on Cloth Fair, one of those ancient and wonky streets which (like the church) has survived the twin enemies of London’s architectural history: the Luftwaffe and property developers.

After beer and a chat, as I walked back to my parents’ house, I passed the open church bathed in evening light. On a whim I went in for the first time in years. It happened to be the Feast of Corpus Christi, and preparations were underway for the service. I had a quiet look around, before hurrying homeward to be back in time for supper.