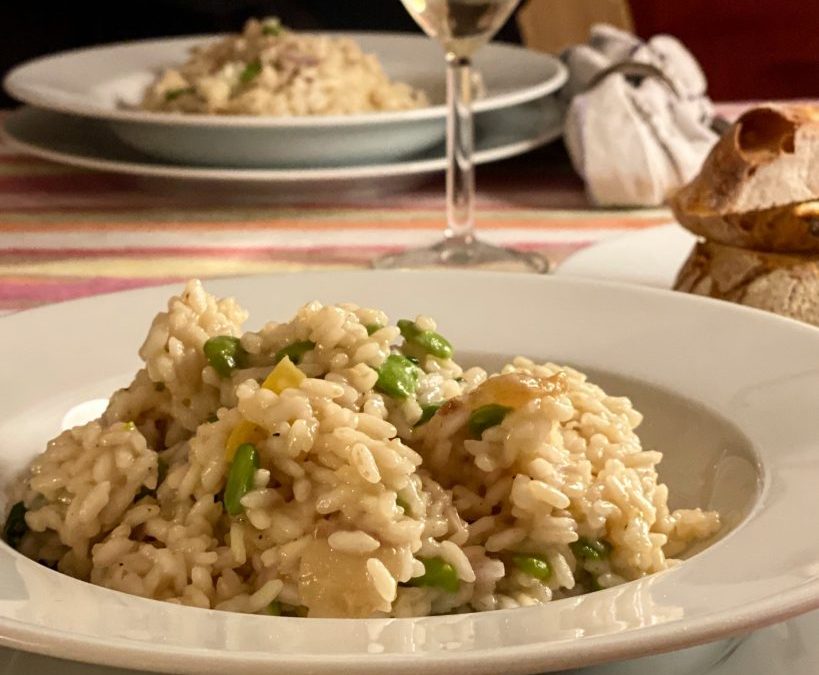 This evening, as I was making risotto with broad beans, the Prime Minister officially announced that in Italy the lockdown will continue until 3 May (he seems always to make announcements when one might be cooking). Another three and a bit weeks, strategically finishing after the flurry of spring holidays: as well as Easter, there is the day of Liberation (commemorating the end of the Nazi occupation of Italy) on the 25th, and the Workers’ Holiday on the 1st May. What will be the protocol then is, of course, anyone’s guess. We’ll just have to wait and see.

In the meantime, this week is Holy Week. This usually marks the beginning of the most hectic time of year in my line of work; a period that lasts until late October and when I also, though for rather different reasons, usually have no idea of the day of the week. I love it. I set up my own enterprise in 2009 specifically not to have to repeat the same tour itineraries day in day out, and the variety available in Rome is relentlessly exciting. My objective was to do tours that I’d like to go on. After all exploring a city should be fun, and full of exciting discoveries (and also coffee breaks, shade, not too much galloping, no queues or crowds, and places to sit down). So, after eight years of earning my stripes for big agencies, eleven years ago I started working for myself. In the last couple of years I’d finally built up a reputation which made me entirely independent. It was very satisfying. For the umpteenth time, pazienza: I have no doubt that it will be again, even if not until next year. In the meantime I’ve got lots of homework to do. One can never know enough about Rome, and the important thing now is for as many people as at all possible to emerge unscathed from all of this.

I’m hardly alone: the current situation has left no one’s schedule untouched, not even the Pope. Today is Good Friday, and usually he presides over the Via Crucis. Amid flaming torches, and with the strategic and cinematic illumination that Italy does so well, the procession of the Stations of the Cross begins in the Colosseum and concludes at the altar erected every year – but not this one – in the ruins of the Temple of Venus. The temple was inaugurated by Hadrian, who ruled over the apogee of Rome’s imperial fortunes. An emperor who visited every province over which he governed in twenty years of rule – from Scotland to the Sahara; from the Atlantic to Iraq. His must have felt an invincible empire, and yet it fell, ultimately to be supplanted with a mysterious, upstart, Eastern religion which Romans had so vociferously mocked.

Were all things equal, today the current incumbent of the title once held by the emperors (including Hadrian himself), Pontifex Maximus, should have been presiding over the Via Crucis. He would normally be standing amid the ruins of the niche which once held a vast image of Venus: ancestress of Aeneas and Romulus, and thus of the city itself. This year, the procession instead took place in a deserted St Peter’s Square, beginning at the obelisk brought from Egypt to Rome by Caligula, and which is said to have witnessed the martyrdom of St Peter during the reign of Nero. The story of Rome is, we are reminded at every turn, a single thread. From the ashes of the Empire would rise the phoenix of the Church.