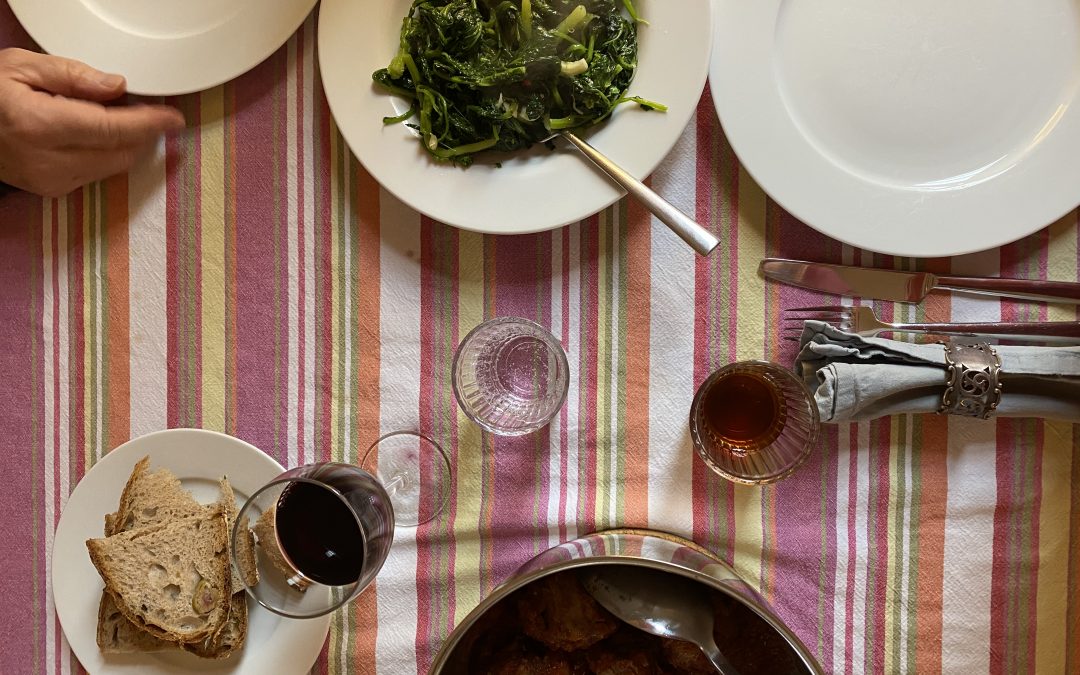 When leaving the house we’re supposed to take a form justifying the journey (local shopping, unavoidable work commitments within the limited permissible range, health reasons, physical outdoor exercise), and now Rome’s parks have been closed too, to avoid listless teenagers (and not only, I’m sure) hanging out in groups. I shall still be going for the occasional trot on local deserted roads (we had coda alla vaccinara from the bounty mentioned in my last post for lunch today, a bit of exercise is definitely called for). In any case, because it’s Rome, there are some extremely interesting things close by. Expect a detailed guide to the Appio-Latino/Prenestino-Casilino districts in coming days.

We are extremely fortunate to have a terrace in all of this, some outside space is a godsend. It’s in dire need of care (now is my opportunity for all that weeding, no photos until it’s sorted out a bit…), but it’s outdoor space nevertheless.

Today is the seventh anniversary of the election of Pope Francis, and I’m reminded of a very different but no less bizarre time, as witnessed from that very terrace. After Benedict XVI announced his retirement in 2013, an unforced and unprecedented resignation, he left the Vatican for the papal summer residence at Castelgandolfo, just south of Rome (as featured in the Netflix movie, The Two Popes). He made this journey by helicopter, which was seen by many as a sign of the sort of profligacy with which he was, to my mind (as a curious but disinterested and non-religious observer), unfairly accused. Rather, it was a sensible choice: Friday night traffic blocked so a police convoy could ferry the Emeritus Pope from one side of Rome to the other would have caused considerably more uproar. And so it came to pass (as they say in Benedict’s line of work), that on a Friday in February 2013, I saw from the terrace not one but two helicopters.

Echoing the opening scene of La Dolce Vita (and flying over our apartment just beyond the Lateran towards those same postwar Roman suburbs, then under construction and still punctuated by the snaking Acqua Claudia, that Marcello Mastroianni flew over as he filmed the dramatic transportation of a vast statue of Christ) was the helicopter which the Italian Air Force puts at the pope’s disposal. What, of course, one doesn’t see on the tv footage is that behind it there is a second helicopter carrying the film crew. The Mastroianni de nos jours were filming the Pope crossing Rome: it was all more Fellini than Fellini. And through the window I could see their footage. So today, as cabin fever begins to set in, I stepped out onto the terrace, and remembered the time the Pope flew by.