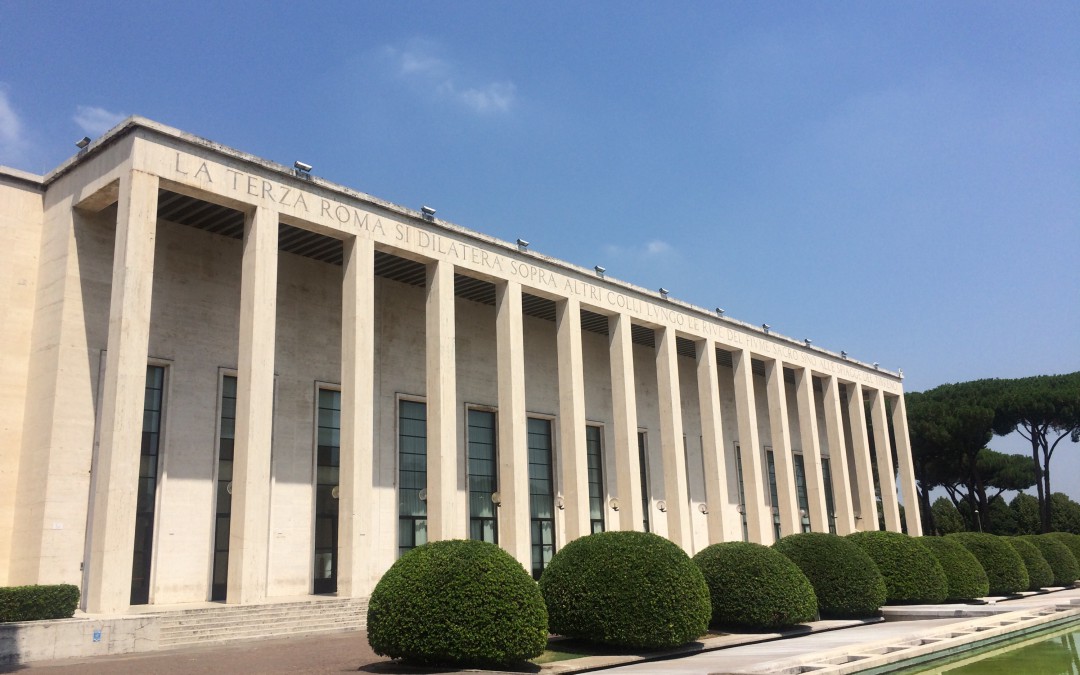 The Esposizione Universale di Roma planned for 1942 was to celebrate the 20th anniversary of Fascist rule. Initially known as E42, the project had begun in 1936, with construction on the buildings of the “new Rome” underway by 1938. As it transpired 1942 would see more pressing events and the EUR never took place.

After the end of the war this Fascist era White Elephant was gradually turned to other purposes, especially government offices. The area was also one of the hubs of the Olympic Games held in Rome in 1960. 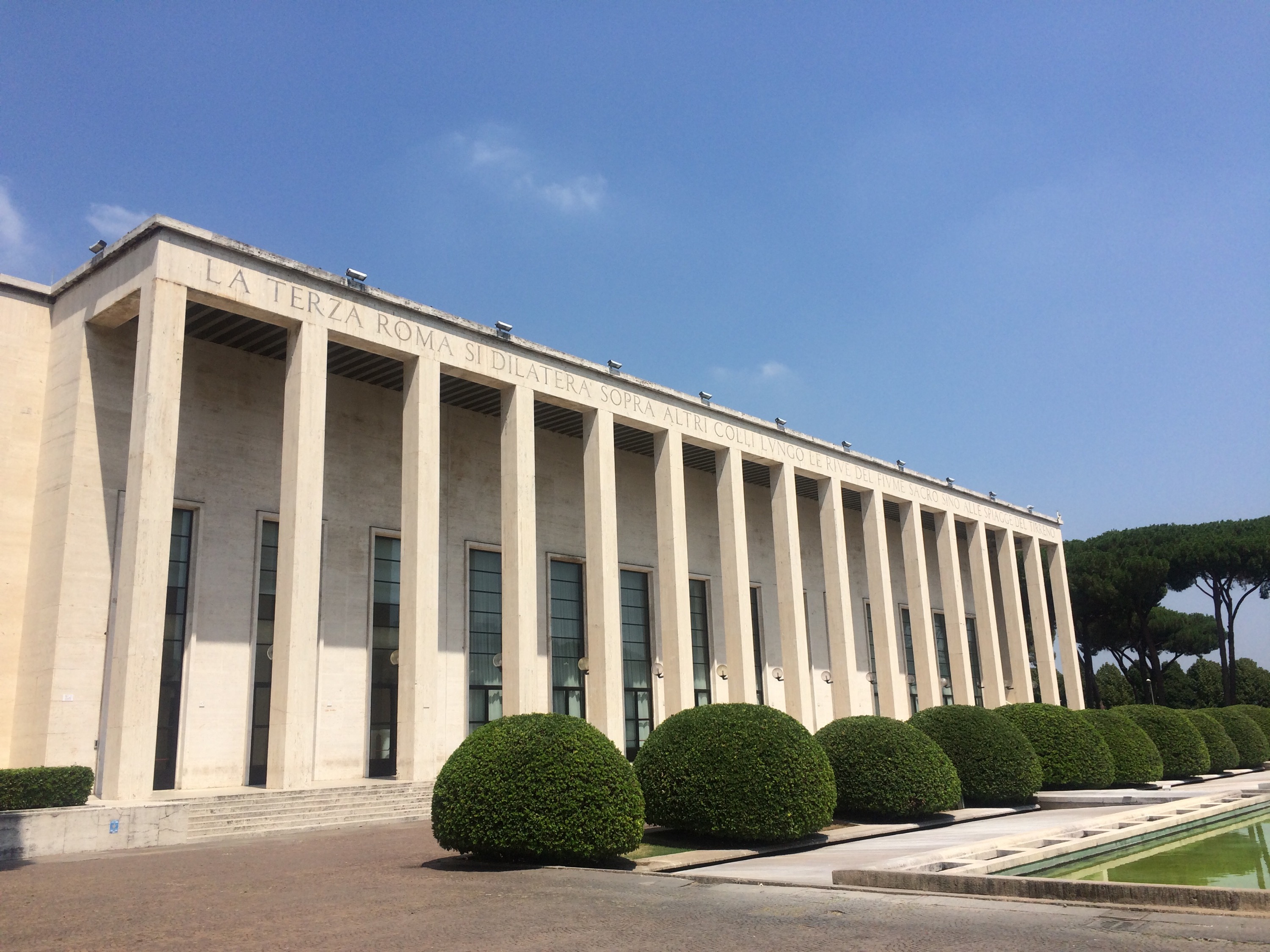 Salone delle Fontane, via Ciro il Grande, EUR. The bombastic inscription reads “The third Rome will extend across other hills along the banks of the sacred river to the banks of the Tyrrhenian Sea”

In its desire for the sort of modernity favoured in the 1930s (& not only by totalitarian regimes) it is all vast boulevards and gleaming marble. Unlike the eminently walkable city centre it is not on a human scale. The monolithic architecture is best seen on a torrid weekend summer morning, ideally in August, when the deserted streets only serve to emphasize the unsettling oddity of this exercise in hubris. It always reminds me of the metaphysical paintings of Giorgio de Chirico. 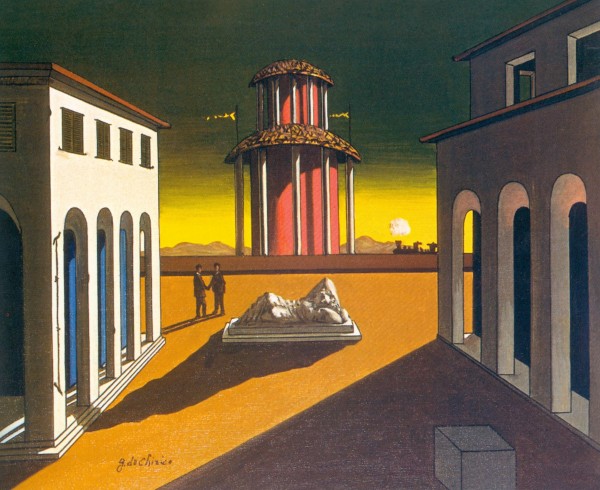 In summer months, and in the interests of balance, I suggest passing through EUR en route to the beach at Ostia, where any hint of metaphysical angst that may remain can be banished with a plate of spaghetti alle vongole amid the cheerful cacophony of the Roman seaside. 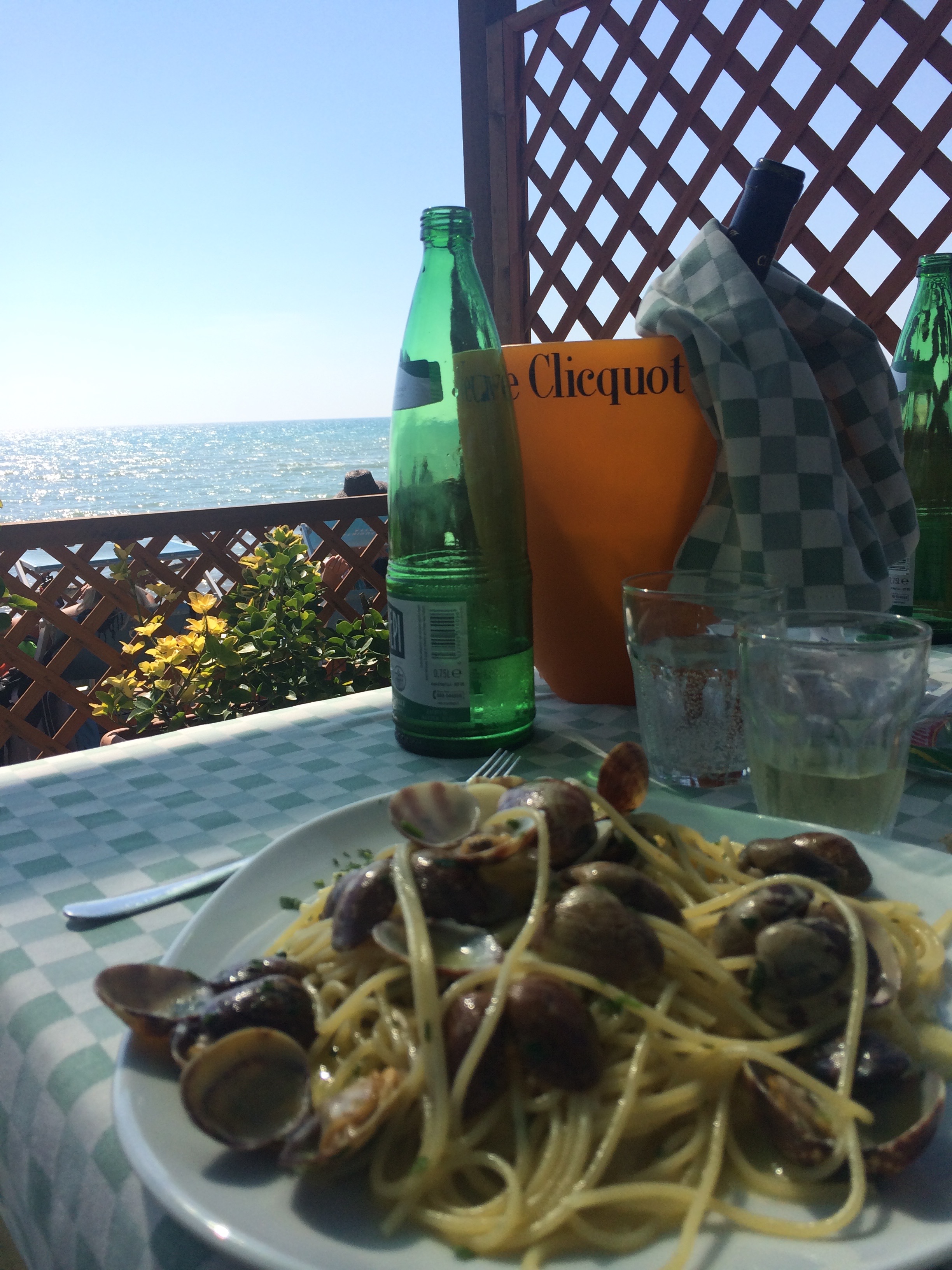 I arrange tours of EUR which focus on the architecture of Fascism, either as a single itinerary or as part of a wider discussion of Fascist architecture. This could also include other sites, such as Piazza Augusto Imperatore, and the Foro Italico.