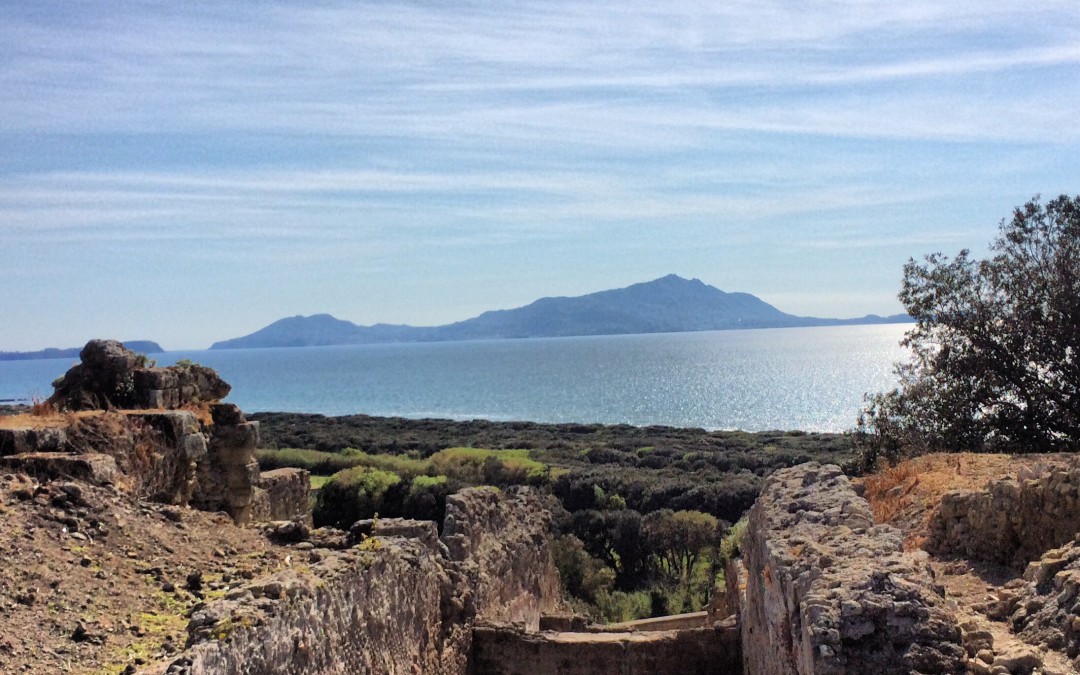 Last week my sister, visiting from London, and I made a brief foray southwards. We hadn’t been to Pompeii in years, and – shamefully, inexplicably – neither of us had ever visited Herculaneum. There was also a desire to lend solidity to all of those intangible and fleeting images that flicker in the mind’s eye when I think of Campania; an ephemeral palimpsest of myth and legend by way of Pliny and Virgil, filtered through the lens of the Grand Tourists.

The view from the Temple of Apollo at Cumae

Whilst I’ve been to the glorious Amalfi coast countless times, both from land and sea, the bay of Baiae where Hadrian expired and the Phlegrean Fields where Aeneas consulted the Sybil had proved ever elusive.

So this time our journey took us to fabulous Pompeii and Herculaneum, but we also said hello to the Sybil at Cumae and stopped by the entrance to Hades at Lake Avernus. We stood in the triclinia of grand villas at Stabia, where the masters of the universe once nibbled dormice whilst idly gazing out across the bay to the looming mountain which would prove them mortal.

Among all of the places we visited the most astounding, perhaps because I had least expected it, was the villa believed to have belonged to the family of Poppaea, doomed wife of the Emperor Nero, at Oplontis. Also buried by the eruption of Vesuvius in 79 CE, the Villa Poppaea nestles in the urban dystopia of modern Torre Annunziata, part of the extensive and amorphous Neapolitan hinterland and a town which is, sadly, chiefly famed for reasons other than its UNESCO World Heritage Site. Valiant banners near the entrance to the site quote Goethe’s Italian Journey:

“We lunched at Torre Annunziata at a table on the beach. Everyone was happy to live in that place, some maintained that without a sea view it would be impossible to survive”

The quality of the paintings is mind-boggling; if the finest decorations from Pompeii and Herculaneum show us the decor of the haut bourgeoisie, this is on an altogether different level. In situ, these splendid frescoes combine with a sense of space which gives a real idea of the juxtaposition of the interior and exterior in the Roman villa. It told of the way these rooms and courtyards worked as a whole, a fluid progression from light into shade and back again, of internal gardens glimpsed through windows and columns, in a way that no study of architectural plans can ever render.