Hippopotamuses and Lotus flowers: The Nile mosaic at Palestrina 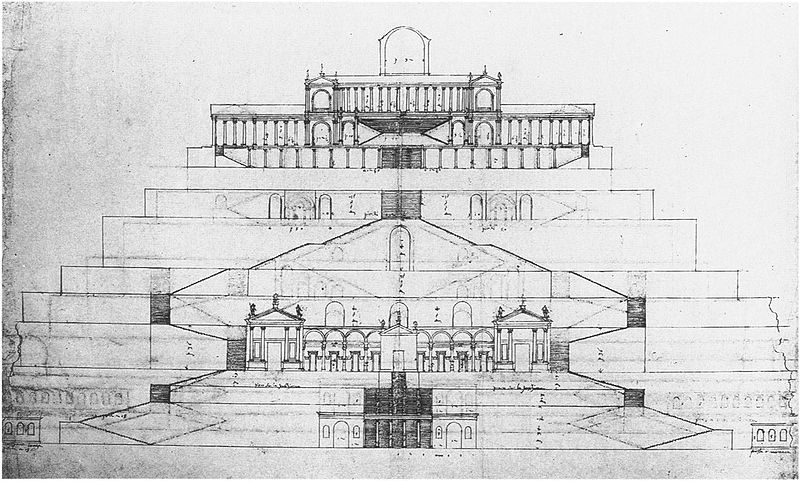 Last week a visiting friend and I braved the torrential rain to run an errand in Zagarolo. Our mission accomplished, we stopped for a spot of lunch before meandering to Palestrina. Snaking our way through the medieval streets, in a car as wide as the roads, we eventually emerged, unscathed, at the Palazzo Barberini. A spectacular example of palimpsest, the Palazzo Barberini (once Colonna, its change of name indicative of the “good” marriage made by Taddeo Barberini to Princess Anna Colonna) is built upon the vast complex of the temple of Fortuna Primagenia which cascades down the hill.

Fortuna Primagenia was a local manifestation of the goddess of Fortune. Literally meaning “the First Bearer”, and especially associated with fertility, she was linked to the oracle of the sortes Praenestinae. These “sortes” were pieces of wood with prophetic powers said to have been found in a well at the bottom of the site and which would be consulted until Theodosius outlawed non-Christian religious practices is 393 AD.

Praeneste occupies a strategic position above the corridor which once connected the Greek world, to the south, with the Etruscans, to the north, while to the west the valley led to the Tyrrhenian. First at war, and then allied, with Rome, Praeneste would eventually fall victim to the ruthless wrath of Sulla, and was settled as a Roman military colony after his massacre of 82 BC.

It was under the rule of Sulla that the great temple was redeveloped, extending the structure of the second century BC over a total of five levels. Although dating is varied, the Nile mosaic at Prenestina, the town’s greatest treasure is sometimes thought to date from this period. Pliny the Elder tells us,

“Mosaics came into use in Sulla’s time. At any rate there still exists a mosaic floor, made from very small tesserae, which Sulla commissioned for the Temple of Fortune at Praeneste.” [XXXVI, 189]

The work of craftsmen from Alexandria, its tiny tiles create a vast (about 5.8m x 4.3 m or 19ft x 14 ft for those of you who like numbers) landscape detailing elements of the Nile.

The mosaic is almost overwhelmingly rich in detail as verdant flora jostles with exotic fauna knitted together in umpteen vibrant vignettes: a fishing boat casts its shadow as a hippopotamus comes up for air; soldiers give an illustrious visitor a triumphant reception; a religious procession sees a bier carried as musicians follow; a man punts a canoe as an opulent scene plays out under a bower dripping with grapes.