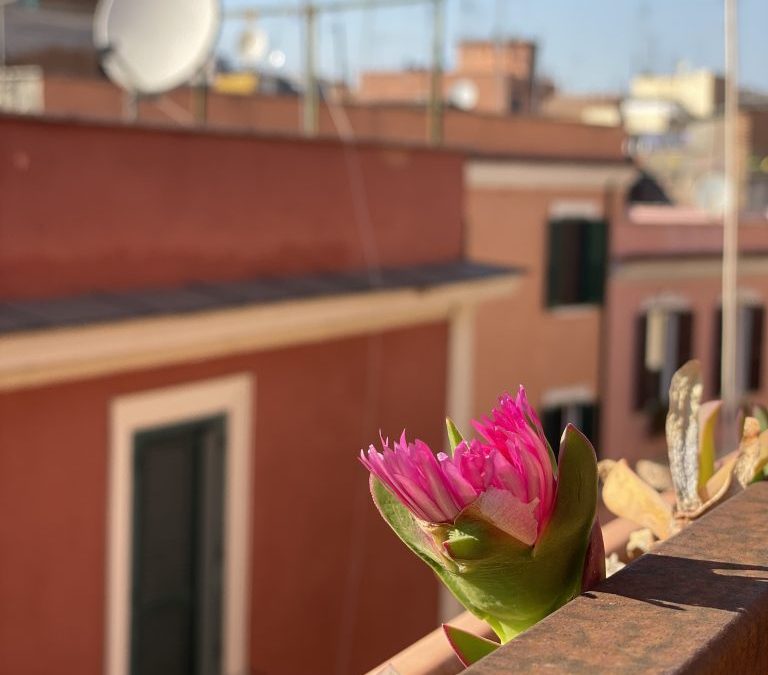 Today marks a month of the Roman Quarantine, and there is still no definite end date in sight. Giuseppe Conte, the Italian Prime Minister, mentioned the possibility of loosening some restrictions at the end of the month in an interview with the BBC today, though it transpires 3 May is probably more likely, perhaps to avoid people getting over-excited by the 1 May holiday. That’s a long way from the full reopening of the country, which even when it does begin to happen will undoubtedly be cautious and highly regulated. We are still, as they say in these parts using a epistolary analogy, at carissimo amico. It is strangely liberating not to have an opinion on what should be done: I’ve absolutely no idea.

We have merely to be trusting, and I find that I am. Conte is the technocratic appointee nominated and agreed on, following a hung parliament in 2018, by two political parties I have less than no time for at all. Happily, however, he appears to have risen to the extraordinary challenge presented by this crisis with aplomb and without arrogance. As he admits, many errors were made in the early period of the outbreak, but he claims they are being learned from. Most importantly he puts great store in listening to advice from scientists both in Italy and across the world. That’s the most reassuring part, because we really haven’t had enough of experts.

Spring is most definitely making itself felt here, and more people (and laundry) are appearing on terraces and rooftops across the neighbourhood. I saw a boy of perhaps thirteen jogging circuits around the top of his building’s large communal rooftop terrace. I feel like we’ve all entered the phase of this curious time in which being obliged to stay at home under a sort of benevolent house arrest really doesn’t even feel strange anymore, it’s just what we do. My watch is powered by kinetic energy and, languishing unworn on my bedside table, it stopped some days ago; to borrow a line, the time is indeed out of joint (though thank heavens I wasn’t born to set it right).

Watch ticking or not, the seasons are turning, Easter is approaching, and from the tangle of neglected weeds which I tackled a couple of weeks ago (or a month? or a decade? who even knows any more?) a jasmine flower emerged this morning, which made me very happy indeed. One has to take one’s pleasures where one finds them. There’s a meme doing the rounds here showing Conte making an announcement: “What will Phase 2 be like? Like Phase 1 but with short sleeves”.