The Glorious Improbability of via Giolitti 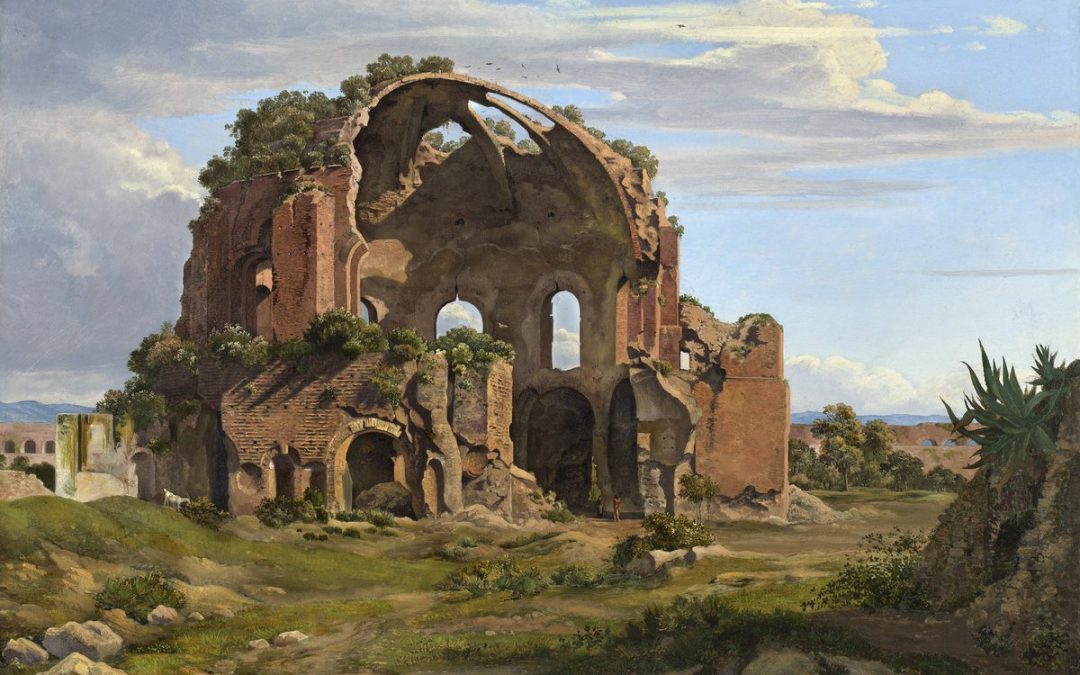 Some weeks ago I stumbled upon a tweet from Paul Cooper whose account is full of intriguing ruminations on the nature of ruins, a subject of which I am very fond. He tweeted an image of this nineteenth century painting of the building usually referred to as the “Temple of Minerva Medica”. 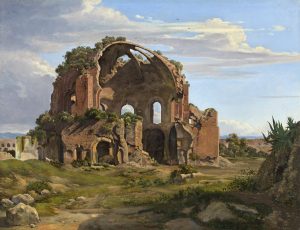 He followed it up with this image showing a modern stock photo of the building and its modern setting, the bald arbitrariness of the image the antithesis to the (often heavily edited) Romantic aesthetic. He commented on the inevitable disappointment, with which I’m sure many of us are familiar, that comes from investigating modern settings of the subject matters of the Romantics. Perhaps it is a sign of innate optimism on my part, but I find it not so much surprising that what was in 1826 a bucolic rural idyll is now a tangle of road and rail, but rather it is astonishing that the structure survives at all.

It dates to the fourth century, and though it was already referred to as the Temple of Minerva Medica in Pirro Ligorio’s 1552 map of Rome, it was in fact a pavilion in the sprawling horti Liciniani, a vast late Imperial residential complex away from the chaos of the city, a stone’s throw from the Porta Maggiore and its convenient tangle of aqueducts. Perhaps originally a nymphaeum, an elaborate water feature associated with the bucolic aspects of rural life and of woodland spirits, there is a distinct irony in its current location, beached in a grubby no man’s land.

On one side traffic lurches over potholes, on the other the constant vibrations of the railway lines of Europe’s fifth busiest station. The next time you find yourself among the 150 million passengers who pass through the station annually, take a look to your right as the train pulls away, and wonder at the extraordinary fact that the erroneously labelled “temple” has hung on all this time. 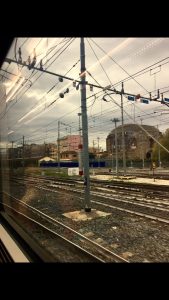 The “Temple of Minerva Medica” seen from the train on a gloomy day in November 2017.