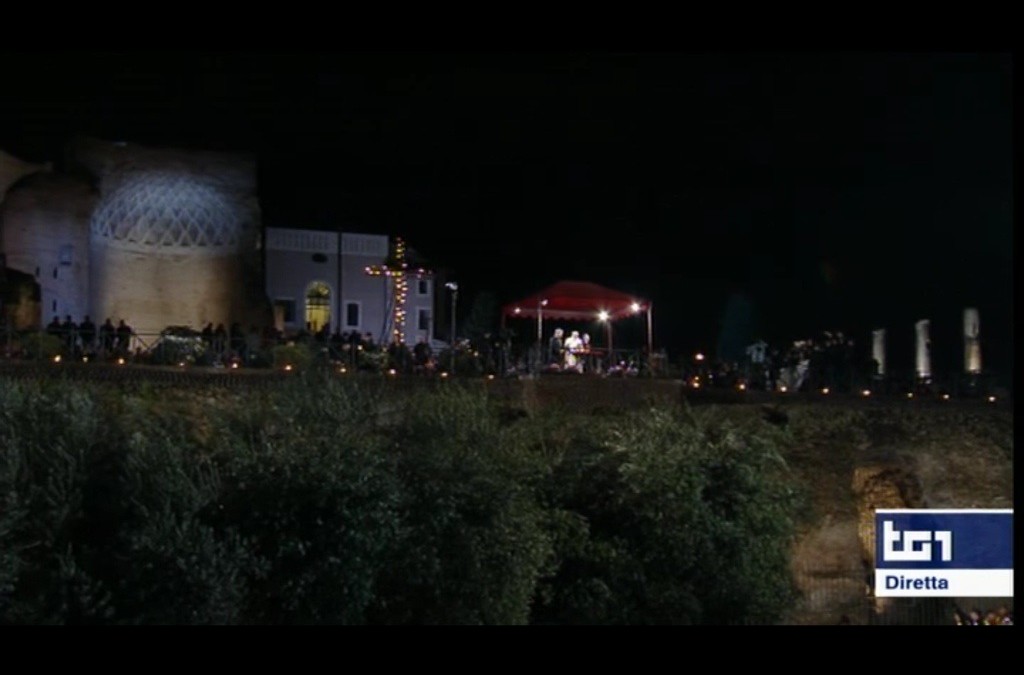 Yesterday, as every Good Friday, the papal Via Crucis was held at the Colosseum. The procession begins in the amphitheatre and concludes at the temple of Venus, built by Hadrian at the pinnacle of Roman imperial power. The image of the pope amid the ruins has always struck me as wildly poetic, the vast niche behind him once held a statue of the goddess, herself mother of Aeneas and distant ancestor of Romulus, founder of Rome. It reminds us that the story of Rome is a single thread; that the city of the emperors became the city of the popes, that a city of temples became a city of churches.