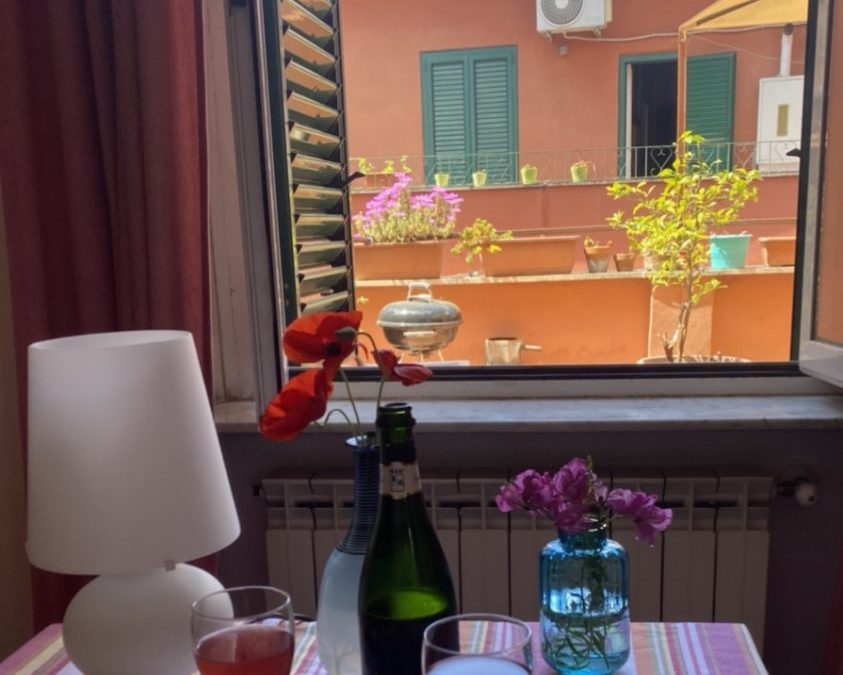 Today is the eighth Sunday of the Roman Quarantine, and the last day (at least for now) of the current stringent restrictions. Tomorrow we’ll still be required to carry a signed letter to show the police to justify our movements if they ask, but solo exercise is allowed as long as we do it from home either on foot or by bike (so no driving to parks, as far as I understand). Happily we’re in walking distance of a whole lot of places. My phone tells me that this time last year I was averaging over 20,000 steps a day, I need to make up for lost time if I’m ever to rock a non-elasticated waist again. Once I’m through the Aurelian Wall at Porta Maggiore I’m going to head over the Caelian hill to the Colosseum, and take it from there. I can’t wait. There will be pictures.

Lots of people will also be returning to work, though in a very restricted manner. Offices are to minimize onsite workers, with many people still working from home where possible. Restaurants will be able to offer takeaway pick-up as well as delivery. Some cafes are reopening also for takeaway. As mentioned on Day 40, takeaway coffee isn’t really a thing in Italy but an espresso from a real coffee bar machine will nevertheless be a treat. Masks are to be worn in all public internal spaces and on public transport. Social distancing is to be maintained everywhere. Parks are reopening but only for exercise. People can visit direct relatives but only in groups of no more than three at a time. There’s obviously been a bit of a hoo-ha about the idea of government-sanctioned affection: if people can see their second cousin, then why not their best friend or boyfriend/girlfriend?

There’s a definite uncertainty in the air, a very slight anxiety about how people will react after two months of what has pretty much been house arrest, how responsible we’ll all be, and what the effect on contagions there might be a couple of weeks down the line.

I think we can all agree on something: this is all really very strange indeed, isn’t it?