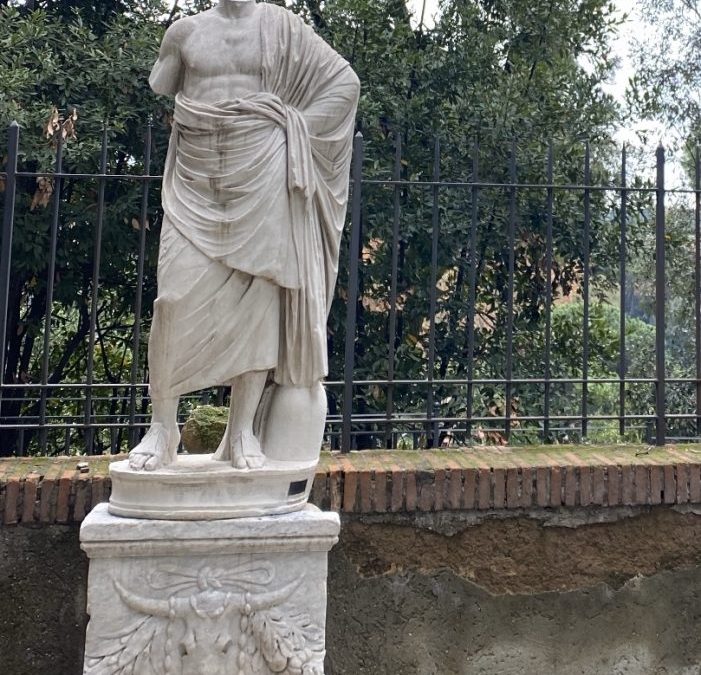 Day thirty-seven of the Happening, and I’m definitely beginning to lose all track of time. It’s not an unpleasant feeling. The URL of yesterday’s blog ends “/day-37” because that’s what I called it at first. In fact today is day 37 after all, but to be frank the whole idea of numbers feels more than a little arbitrary. Even the first thing I’m imagining will be doable, the prospect of being allowed out for a proper walk, seems distinctly “other”. Somehow it seems even more distant than a couple of weeks ago, when there was still no plausible end date in sight. Now the date mentioned is 3 May, but there is a distinctly unreassuring nervousness by public officials to take responsibility for establishing what that will mean. The consistently unimpressive mayor of Rome said today that we can’t “expect all to be out in the streets on 4 May”, a infantilising phrase with overtones of schoolmarmish reproval which I found particularly irritating. No one has suggested what we “all expect” to do, that’s for her to decide. We’re simply waiting, with not inconsiderable patience, to be told.

Anyway I’ll be happy with a 3km range on foot, which would take me to the bucolic charms of the Caelian Hill which is always, even in the normal world, an escape not only from the urban but also the space-time continuum. Ideally the church of Santo Stefano Rotondo (about which I wrote this a million years ago, in 2019) would be open, and so would the park of Villa Celimontana.

Just off via Druso (where in normal times weary coach drivers park and have a snooze while their charges trot around the Colosseum), the nineteenth century planting of the Villa Celimontana offers a deliciously musty hint of Gattopardian melancholy. Its scrappy trees and abandoned fountains are just on the right side of faded grandeur, and May would be just the right time to rediscover it in its simultaneously fecundly overgrown and dusty glory. Many years ago, when Rome did these sorts of things so well, we would go there for jazz on torrid July evenings, the park transformed by nightfall and the space somehow distorted and enlarged by temporary stages and bars. Reconciling the park now left to its own devices behind padlocked gates with those jolly, busy, noisy evenings – scooters parked four deep at the gates – reminded me of the party in the 1967 movie (and earlier novel), Le Grand Meaulnes: a perpetual search for an elusive past which remains always slightly beyond grasp.

Lest I get too melodramatic, there’s also an obelisk in the park which has seen much stranger times than we. It dates to the reign of Rameses II, and was erected in Rome at the Temple of Isis in the Field of Mars. In the Middle Ages it stood on the Capitoline Hill, and in 1582 was donated to Ciriaco Mattei who had it moved to his villa on the Caelian. Its current position dates to 1820. Isn’t that just the perfect place to gradually ease oneself back into the rhythms of inelastic time?