“The light of Italy”: The Ducal Palace at Urbino 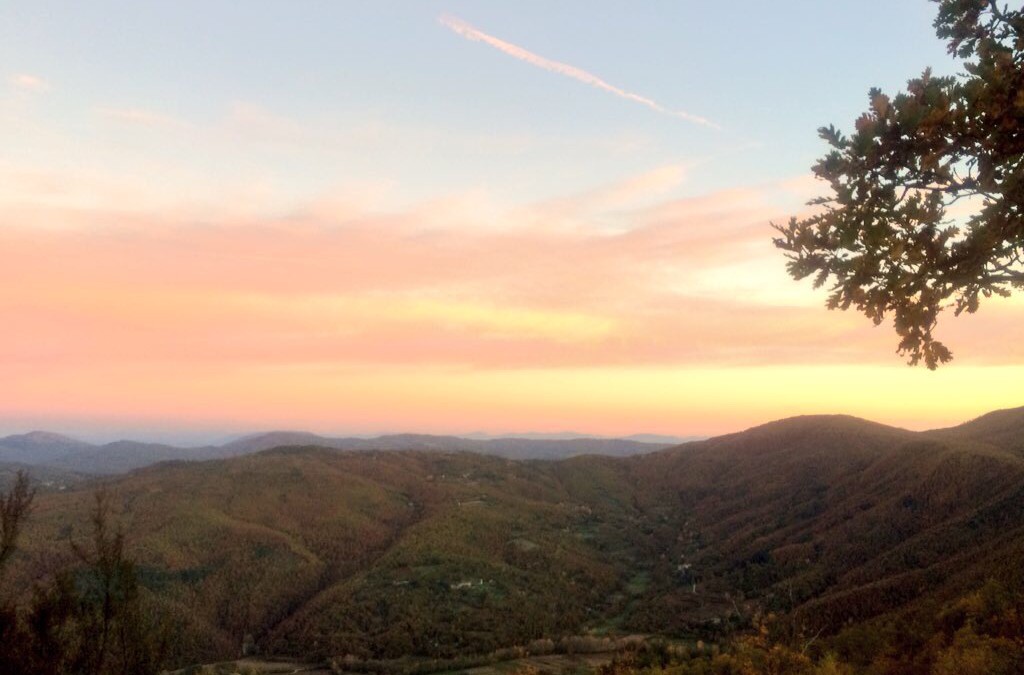 On the slopes of the Apennines, almost in the centre of Italy towards the Adriatic, is situated, as everyone knows, the little city of Urbino. … Among the blessings and advantages that can be claimed for it, I believe the greatest is that for a long time now it has been governed by outstanding rulers. … Without looking further we can find a splendid example in Duke Federico of glorious memory, who in his day was the light of Italy. … Among his other commendable enterprises, Duke Federico built on the rugged site of Urbino a palace which many believe to be the most beautiful in all Italy.

Baldassarre Castiglione, The Book of the Courtier, 1528

November is a quiet month in Rome for visitors, it’s a time in which I try to catch up on visiting exhibitions I’ve missed, areas of museums I don’t go to enough, and indeed this often neglected blog. A couple of weekends ago, after a trip to visit friends in the Cortonese Hills, I took advantage of a couple of free days to take a jaunt to Urbino. 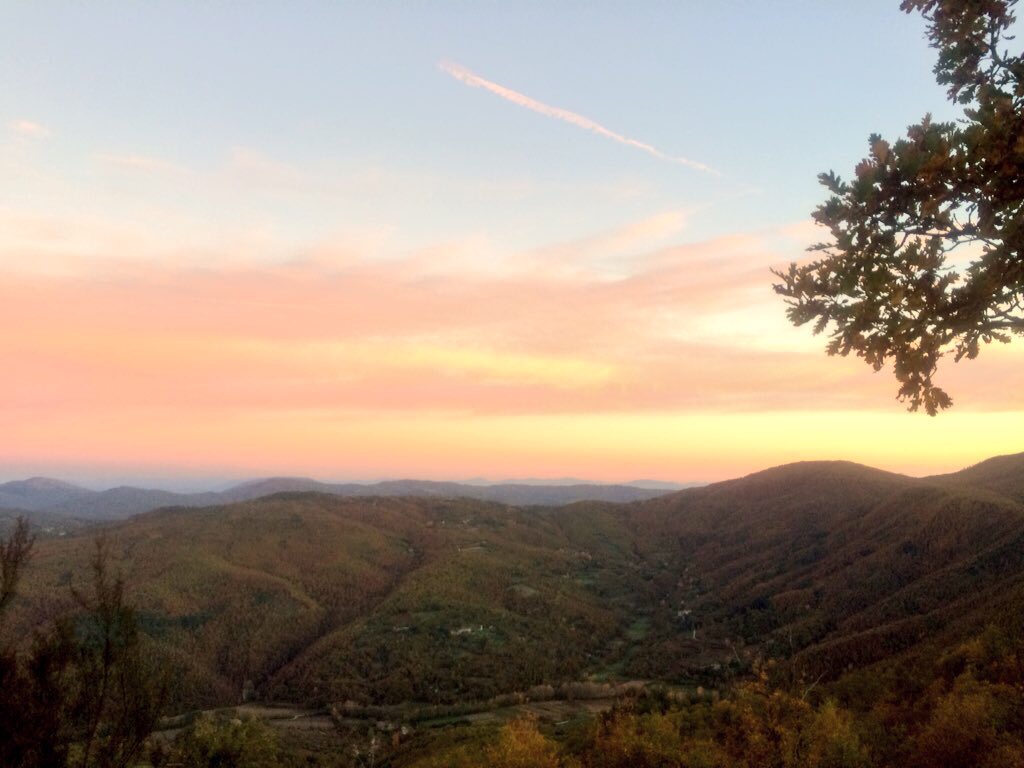 Glorious sunset near Cortona a fortnight ago.

This small university city in the Marche region was the birthplace of Bramante, Raphael, and Barocci (not to mention Moto GP champion Valentino Rossi), and as Baldassare Castiglione wrote, its palace has been considered among the most beautiful in Italy. For a town of barely 20,000 inhabitants it punches above its weight.

I’ve been once before, in the summer of 1998 when my objective was a spot of research for the university dissertation I was about to begin, and which would eventually have the title “Piero della Francesca: Architect?”.

On that occasion a friend and I set off from Florence where we were spending a month (Italian classes in the mornings at the British Institute; long lunches and churches and getting lost in the afternoons). Owing to the not insignificant scale of the mountains between Florence and Urbino, our journey was fairly circuitous. At every turn our faltering enquiries were met with the sort of perplexed expressions that suggested this to be a barmy undertaking. This was, after all, in the distant pre-smartphone fin de siècle. Nevertheless we made it, via Bologna and Pesaro, by train and bus, to the cradle of the early Renaissance.

This time things were altogether simpler; in the intervening two decades I have acquired, amongst other things, both a driving licence and a credit card. I was thus able to go through, and not round, the mountains in a small silver hire car.

Then as now, my main objective was the Ducal Palace of Federico da Montefeltro, one of the great figures of the Italian quattrocento, and largely responsible for Urbino’s cultural micro-climate. Soldier of fortune and aesthete, ruthless conspirator and intellectual, he is most celebrated in a double portrait by Piero della Francesca in which he is shown nose to nose with his wife, Battista Sforza. 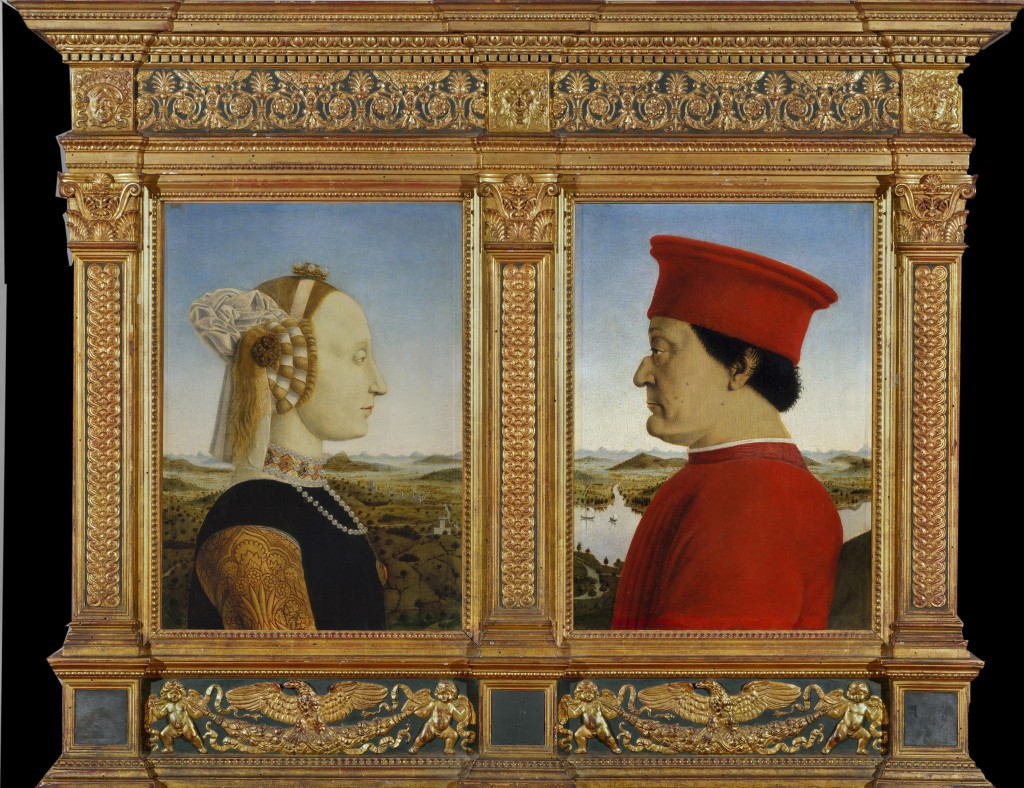 The representation in profile, a device which harks back to ancient coinage, served to hide the Duke’s missing eye, lost in a jousting competition. The portrait also shows a distinctive ridge at the bridge of his aquiline nose, believed to be the result of surgery to increase the field of vision of his one remaining eye.

Federico’s palace can also be viewed as a portrait of this most Renaissance of men. The project became ever more ambitious as he rose from Count, a title he had inherited at the age of 22 following the murder of his half-brother Oddantonio (you might think that, I couldn’t possibly comment…), to Duke in 1474, a reward dispensed by Pope Sixtus IV for his service as condottiere.

Nearly twenty years ago, my tutor at Edinburgh University, Dr James Lawson, used terms to describe the aspects of his rule which the Duke expressed through his palace. These have always stuck in my mind. The first, looming over the hills of the Marche and the lands of the Montefeltro from his heftily fortified, but elegant, acropolis, is that of homo ferox; Federico presents himself to potential invaders as a man of war. 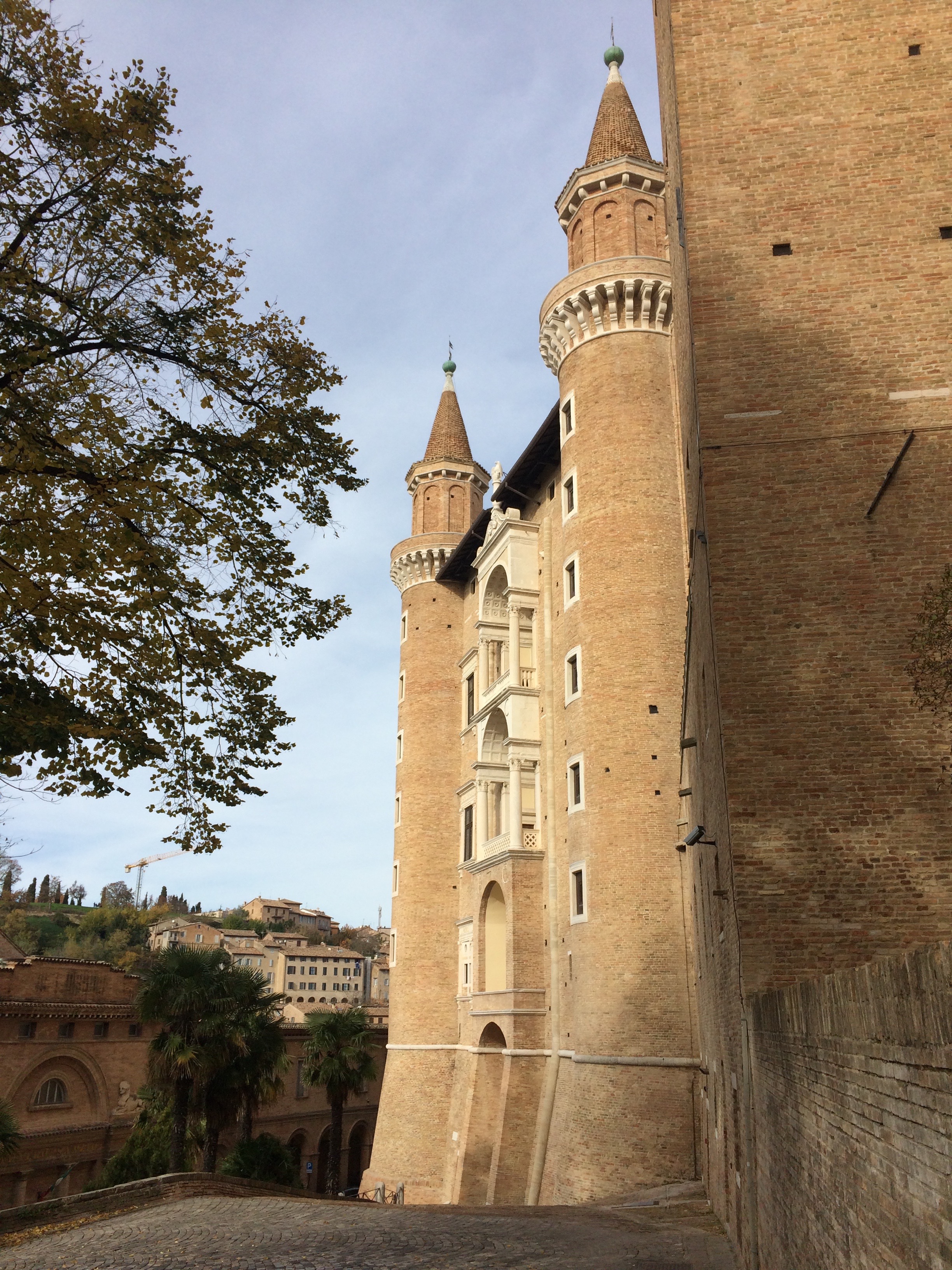 The tower façade of the Ducal Palace at Urbino

Looking towards the city the (unfinished) facade is altogether less forbidding, here Federico shows himself as homo emptor, a ruler attuned to the needs of his subjects and the importance of commerce.

The facade of the Ducal Palace at Urbino.

Entering the palace from this side, one immediately enters a courtyard, usually attributed to Luciano Laurana, believed to have been the principal architect of the palace. It is here that the intellectual aspect of Federico’s rule expresses itself, in the calmly ordered classical proportions, precociously sophisticated in the mid-15th century, especially for a city the size of Urbino. Duke Federico, one of the ultimate Renaissance men, tells us that homo sapiens exists because of, and not in spite of, war and commerce. 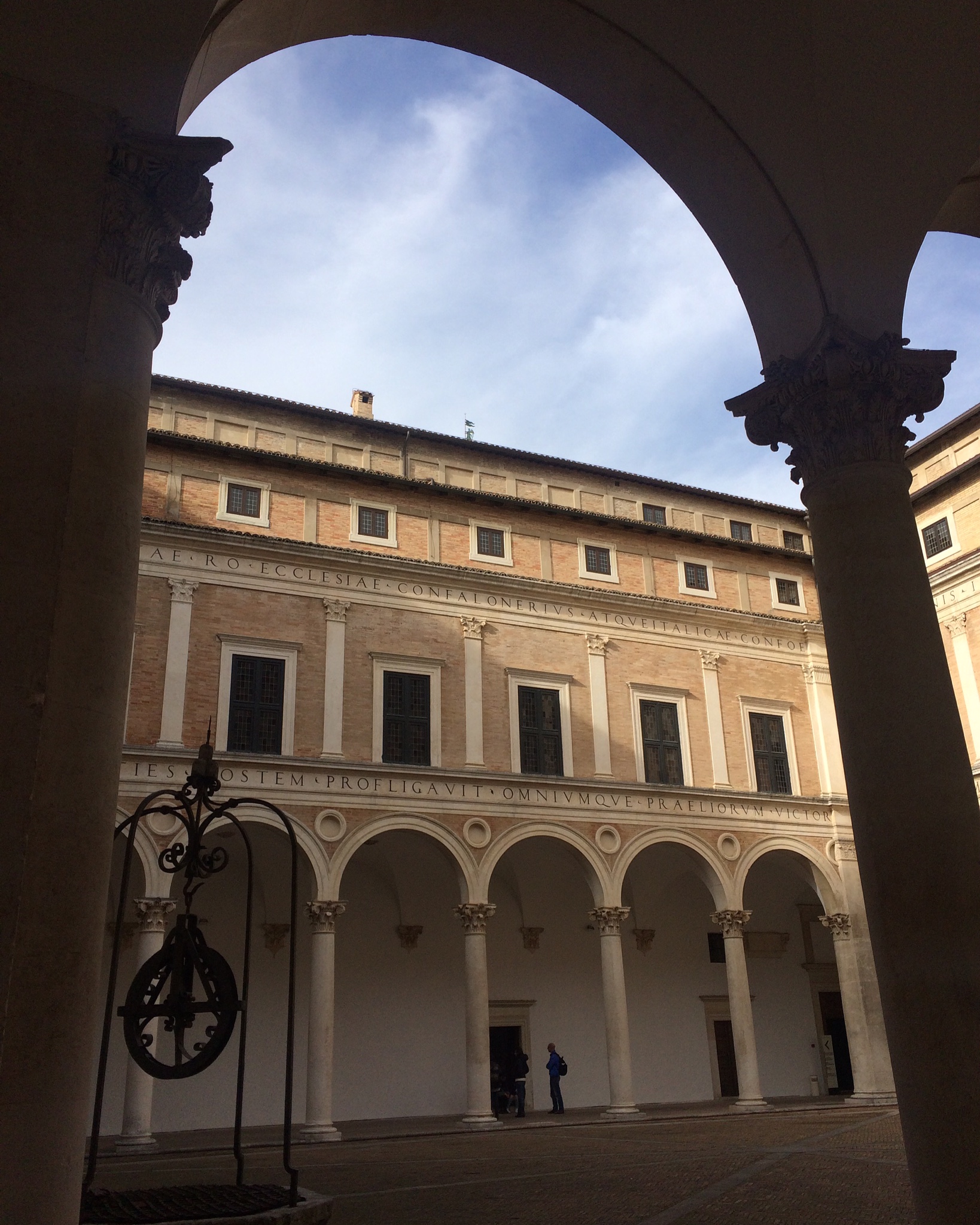 The courtyard of the Ducal Palace at Urbino.