Week 10 – The End of the Roman Quarantine? 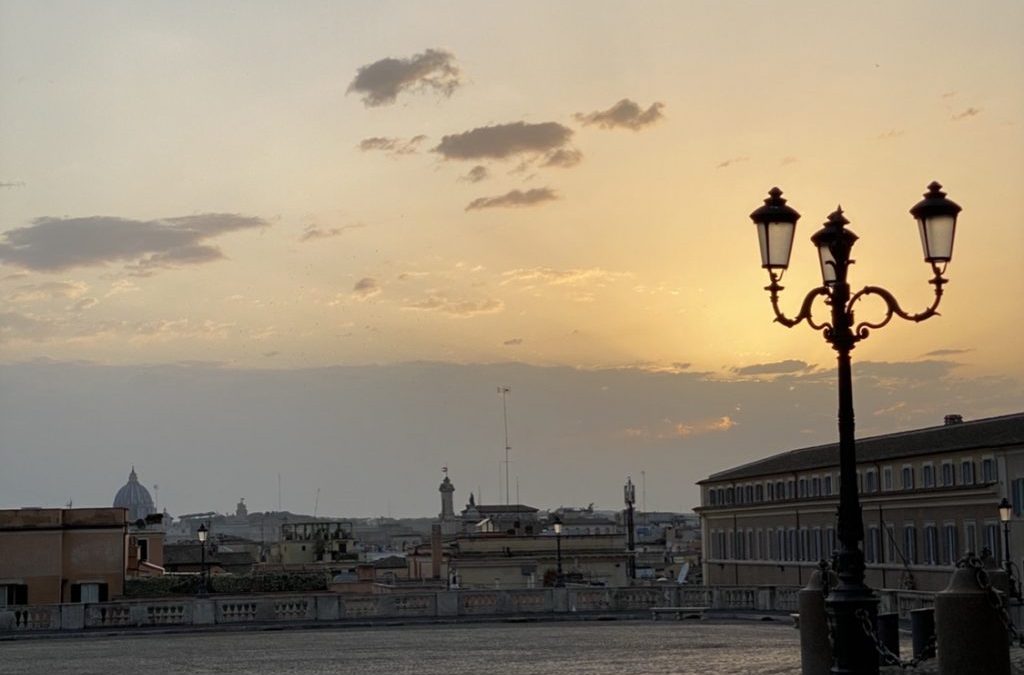 Today ten weeks have passed since the Monday evening when, while making pasta e fagioli (it was still winter back then) I heard the announcement of the national lockdown. And so the Roman Quarantine began. Over the past couple of weeks there was a slight reduction in the rules: for example we were allowed to walk in the city as far as we liked for exercise, but only alone, and always with a form justifying why we were outside to show to the police if they asked.

The last two weeks didn’t see the increases in contagion which had been feared, and today all restrictions of movement within regions are now lifted, and that form – in its multiple iterations – is no longer required. That’s a massive change, being obliged in theory to justify all movements to the police was pretty heavy. Cafes, restaurants, and shops are open. My husband has already had a haircut. There are obviously all sorts of restrictions in place: masks in all internal public places, except at tables in cafes and bars, distances to be maintained, numbers of customers are restricted based on the size of the shop/restaurant. But such a rapid change was unimaginable just a week ago, let’s hope the situation remains stable.

This evening, after ten weeks in which I’ve only driven it twice round the block to check the battery wasn’t dead, M and I hopped on my poor dirty, neglected Vespa: the warm scirocco wind of recent days brought Saharan sand with it, deposited in bouts of noncommittal and unsatisfactory rain which – far from clearing the air – only added to the humidity. My Vespa may be grubby, but it’s grubby with Saharan sand. That’s quite exotic isn’t it?

We zipped into town, giddy with the freedom of it all and parked near the Spanish Steps. We ambled down roads that are normally a wall-to-wall throng of people.

There were a few others having a wander too: Romans taking selfies at the Trevi fountain at dusk on a balmy spring evening.

We wandered along a deserted via dei Condotti, and through the cobbled streets of the Tridente. We hopped back on the scooter and looped round the Piazza Venezia, where liquid nitrogen was shooting out chilly gusts from the metro works, past the Campidoglio, the Circus Maximus and around the Colosseum.

The announcement of that evening ten weeks ago feels like it happened in another life, or possibly  to someone else. The idea that we can hop on the scooter whenever it takes our fancy and zip around town is positively thrilling, that we can get in the car and drive anywhere in Lazio is bafflingly exciting. Fingers crossed it holds.

If you’re interested in online talks about Rome here’s more info about May dates. June’s calendar will be up later this week. I shall be back here next Monday evening with an update on the Roman Quarantine, thanks for reading and take care.