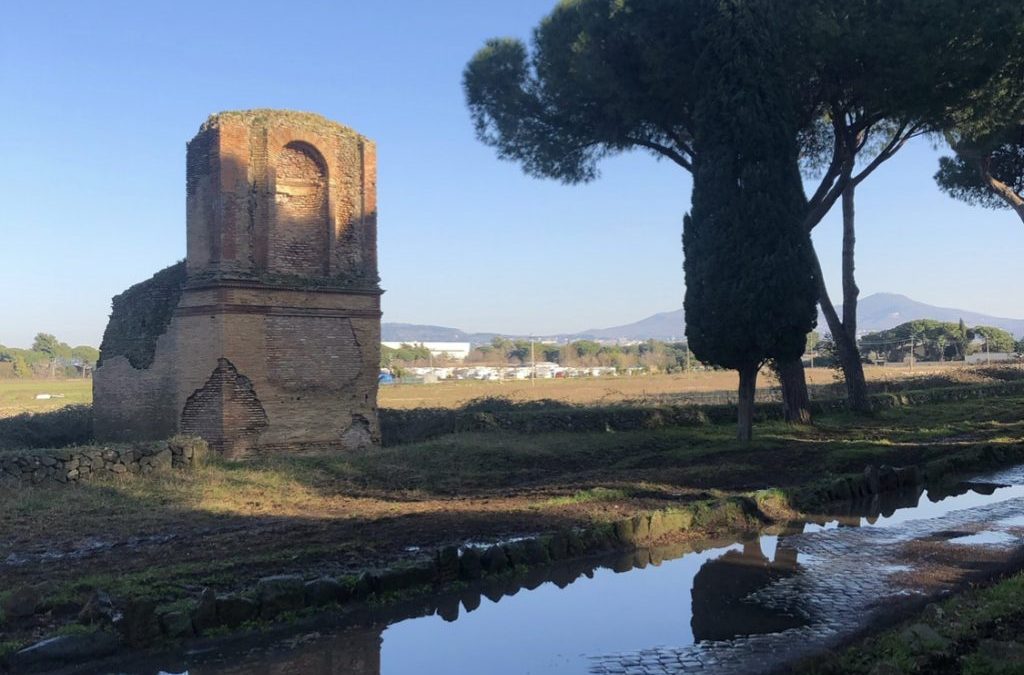 This evening my third online talk on Rome’s origins: Salt, the She Wolf, & Spin was once again fully booked and was great fun. I’ve outlined a programme for the rest of the month here, and also have requests for some private groups including one for a bunch of nine-year-olds. Lots of lions and gladiators and talk of sponges on sticks, I think.

My theme next week is about Roman infrastructure: Roads, Boats, and Aqueducts. It will be based on two of my favourite jaunts on the outskirts of Rome: my Roads and Water tour and the Monte Testaccio. All of the grand monuments only make sense when you begin to think about how a city of a million people functioned two thousand years ago. Moving goods, soldiers, and fresh water was at the root of it all. Without drains, and supply chains there would have been no Colosseum or Pantheon.

So that’s what I’ll be talking about next week, Wed, Thurs, & Sat at 7pm Rome time, and also a repeat of this week’s talk on Tues 12 May at 11am Rome time.

This last time is an addition after someone mentioned they’d love to do it but 7pm Rome time 3am in Sydney. Obviously open to non-Antipodeans too! If it gets enough interest I’ll repeat the others then too. All talks for adults are about 50 minutes plus questions (a little longer than the first two this week. As they say, Roll up! Roll up! Email me to book. All talks last c.50 minutes plus questions, and cost €15 per person.