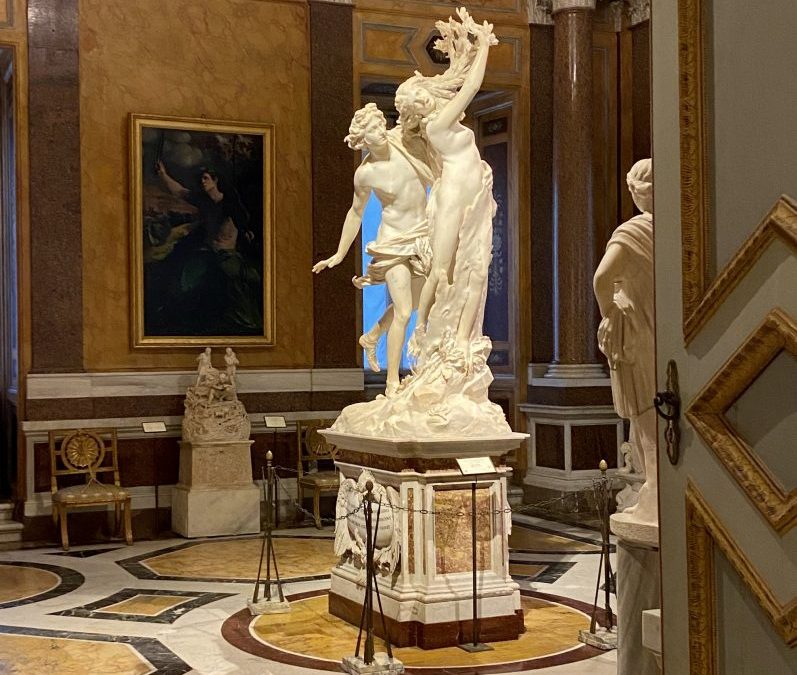 Words can’t quite express how glad I am I spent the couple of weeks before the closure of museums and the subsequent lockdown (but while I was already effectively unemployed following US travel restrictions) wandering Rome’s museums and streets in splendid isolation. Contrary to my Instagram feed, I’m pretty lazy (no one is exactly who they are on Instagram, let’s be honest). But I do mind being lazy so tend to push myself into doing something (anything), and it’s always a good idea.

This is the helpful advice of my wonderful mum, who said to me in moments of confused adolescent listlessness (& not only, it also works when you’re forty) “when you don’t know what to do, just do something”. This blog was her idea, and it was a great one. Just doing something (anything, not necessarily productively) is the best advice ever, I expect your mum probably said something similar, that’s the sort of thing that mums are good at. So as my carefully planned work calendar, organised with painstaking efficiency by my incredibly good assistant, began to crumble to a pile of dust before my eyes, I decided to go for many walks. I went around parks with the objective of writing a blog post about (the many and fabulous) green spaces in Rome and, amongst other museums, I went to the Galleria Borghese on a whim three days before it closed.

Usually, even with the badge of a qualified Rome guide (which gets me free entry to all Italian state-run museums, a perk I make great use of), one needs a reservation as numbers are limited per time slot. In spring it usually starts to sell out pretty fast, by May it’s hard to find a ticket two months in advance. On this Thursday in early March, however, I walked straight in, and had it largely to myself.

It’s undoubtedly one of the best museums in the world, and was built as one. Not perhaps for ticket-toting punters, but for the entertainment of Pope Paul V’s nephew, Cardinal Scipione Borghese and his guests. It was described as a “museum of the Universe”: surrounded by gardens of exotic plants and medicinal herbs, filled with orreries and fossils, a place of musical recitals. Surround sound museuming. In the early seventeenth century one of the guests to be impressed was the Japanese ambassador, which is pretty extraordinary. And of course it was also filled with art both ancient and modern. Much of the original ancient collection here at the time of Scipione is now in the Borghese wing of the Louvre owing to a series of disastrous decisions made by a feckless heir. Scipione would never have been so duped. He was a man who clearly enjoyed many a good lunch; who was both ruthless and shrewd; and who had extraordinary taste, embracing the avant-garde of early seventeenth century Rome. His contemporary favourites included Caravaggio and Bernini (who he allowed to carve him in not exactly the most flattering manner: his buttons bulge, his chins are many). He had a Raphael painting stolen to order. He was probably not terribly nice, but he was undoubtedly a smart fellow.

History helps with difficult situations, I find. Perspective is reassuring. That one’s own anxieties have been felt by uncountable numbers helps, I feel. Even if sometimes things aren’t always all right in the end; perhaps especially then.

So today, not knowing what to do, I also did things. I carried on fiddling with the pots and definitively cleared up about a third of the terrace. I took a Skype pilates class led by my extremely qualified friend Kristine (here, highly recommend). I had a long bath listening to poor old Kenny Rogers on Spotify (RIP, a hero). I chatted for half an hour in English with the neighbour on the next terrace over who wanted to practise. I made a jolly good dinner and ate it with my husband. Heaven only knows what’s going to happen, or how long this is all going to last. I can’t do anything about that other than stay out of the way. What I can certainly say is that, strange as it sounds, I had a really lovely day.