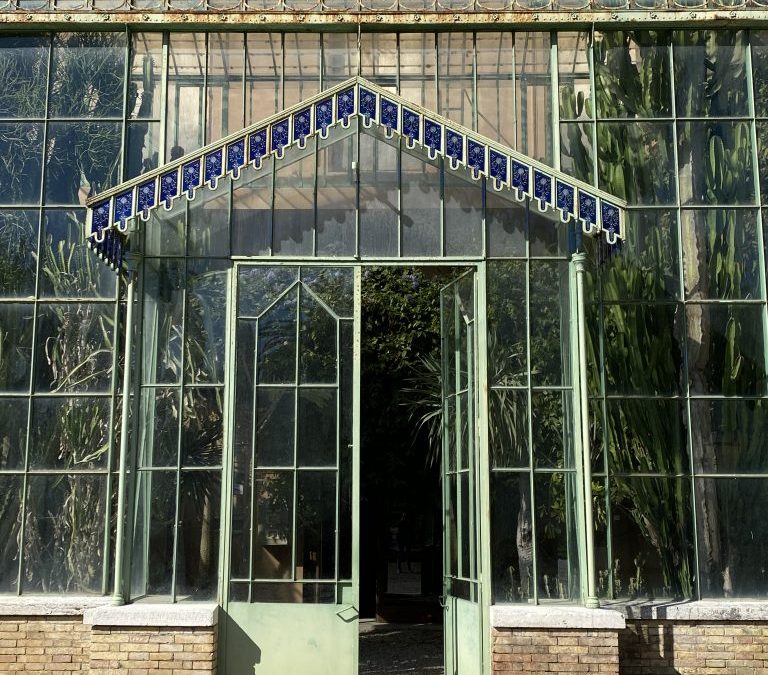 Three weeks ago (really, only three weeks?), and before this situation became a national emergency but after I’d already had all my work cancelled for what then then seemed like only a month, I went for a walk around the back streets of Trastevere. Tucked between the river and the Janiculum, these are not the streets with bars and restaurants, and are always pretty and timelessly quiet. And in the middle of it all there’s a prison. The Regina Coeli, the prison dedicated to the Queen of Heaven.

As I passed one of the prison’s side entrances I passed a man on the street shouting up to the exercise yard trying to call a friend (or relative, or “business associate” – I have no idea). The whole situation struck me as wildly and evocatively nineteenth century. Something of another time. And so I wandered past and went to the Botanical Gardens. Now part of La Sapienza, Rome’s oldest university, founded by papal order in 1300, they were once the gardens of Palazzo Corsini, quondam residence of Christina of Sweden the sexually omnivorous monarch and Catholic convert in whom Alexander VII Chigi had set so much store.

I wandered through palm trees and glass houses (the oldest of which date to the eighteenth century). I looked at cactuses and succulents with their pretty flowers and walked up the hill to the bamboo forests (I feel that’s the wrong word, but that’s what they felt like). I listened to the swish of the stalks, and the simultaneous rush of the water of the splendid fountain of Paul V above (the one in the first scene of La Grande Bellezza: if you haven’t, watch it!). The Aurelian Walls and the fountain and the bamboo were a splendid combination. And then there was a view. Such a view!

Today on the other hand I went to a shop for the first time in 10 days, and it was odd. I had a piece of paper stating my name and data in case the police were to check the reason for my leaving the house. And as I hear people talking to one another from one apartment to the next and someone playing Lenny Kravitz on the guitar as we’re all locked down for the greater good, I’m oh so glad that that gloriously sunny day at the very end of February I chose to take a walk which reminded me of the importance of freedom, and of the wonders of Rome. A high security prison, bamboo, ancient walls and a seventeenth century fountain fed by an aqueduct built by Trajan. Where else?