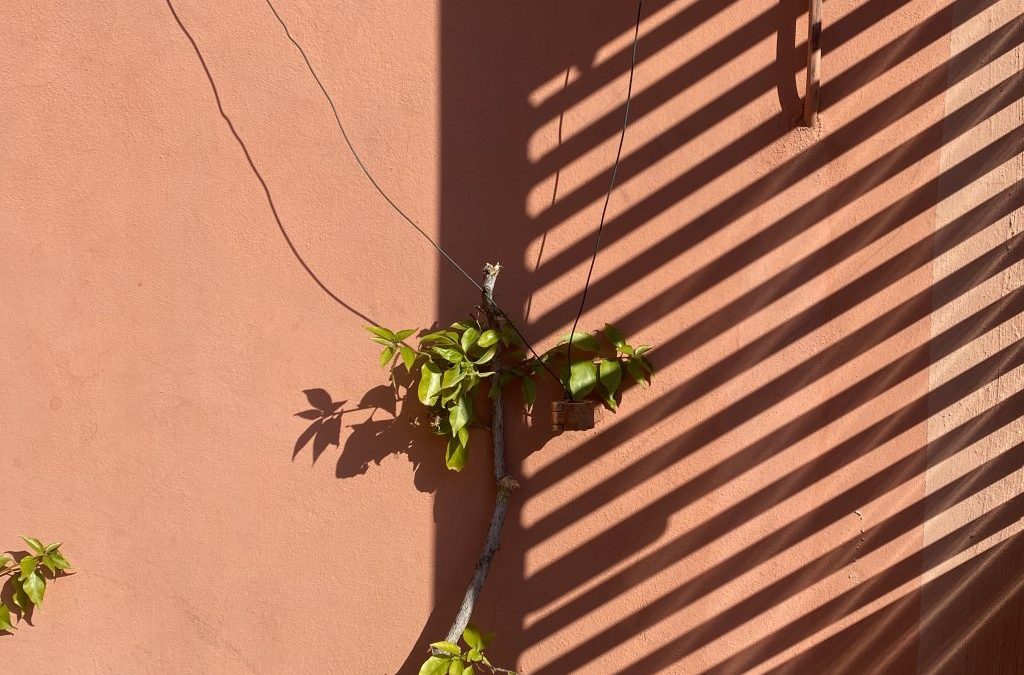 I haven’t been at street level since Saturday (definitely going out for a short walk tomorrow) and yet somehow at least at the moment time doesn’t drag at all. This morning I finally after months, maybe a year?, set to the crazy wildly overgrown terrace. One of the pots is a bougainvillea which had been dwarfed by spontaneous seedlings. As it’s by the kitchen door, it’s the one I tip vegetable peelings and offcuts in and has seen some remarkable spontaneous growth, including a tomato plant which has borne two tomatoes. They’re weren’t the best tomatoes I’ve had (thick-skinned, not terribly sweet) but given that they grew of their own accord abandoned to the mercies of rain and sun in late winter that seems an unnecessary quibble. Rather like misogynistic old Dr Johnson’s woman preaching, it was not that it was done well but that it was done at all.

While I hacked at dead wood and pulled out weeds I re-listened to Hilary Mantel’s 2017 Reith Lectures. They are so I good, highly recommended listening. She talks of the multiple difficulties of historical fiction, but also of its richness as a complimentary foil to traditional history, how all historical novels worth their salt must also necessarily be historiographical: perpetually aware of the methods and limitations of history as a discipline, and of all that goes unrecorded. There was one sentence in particular which stopped my in my tracks, causing me to remove the skiing gloves I’ve turned into gardening gloves and write it down.

At the beginning of The Iron Maiden, the second lecture, she speaks of the story she was told as a child of the village of Derwent, drowned during the creation of a reservoir in the 1930s. In dry summers, she was told, the church spire could be seen, poking above the water line. Much later she found out that the church had been blown up ten years before she ever heard this story. But did it really matter? Did this make it merely a lie? No, she said,

“Myth is not a falsehood –– it is truth cast into symbol and metaphor”. Which is a great sentence, and is the most marvellous encapsulation of the ideas of Rome’s origins: hazy legend always just beyond grasp. All too often we want to know impatiently, when we hear of Romulus and Remus––and especially those of us with Anglophone backgrounds that can, on occasion, tend towards the prosaic in some things––was it true or not. So often we divide things into black or white, right or wrong. We have trouble dealing with a confusion of infinite shades of grey. Surrendering oneself to legend is, I’ve always found, quite liberating. So I hacked at my poor neglected plants; listened to the eloquence of Hilary Mantel; thought about legends, history, and perspective; and apart from a brief foray to Twitter didn’t expose myself to any news at all. Whether I look at graphs or not it makes no difference at all. And do you know, I feel much better for it.