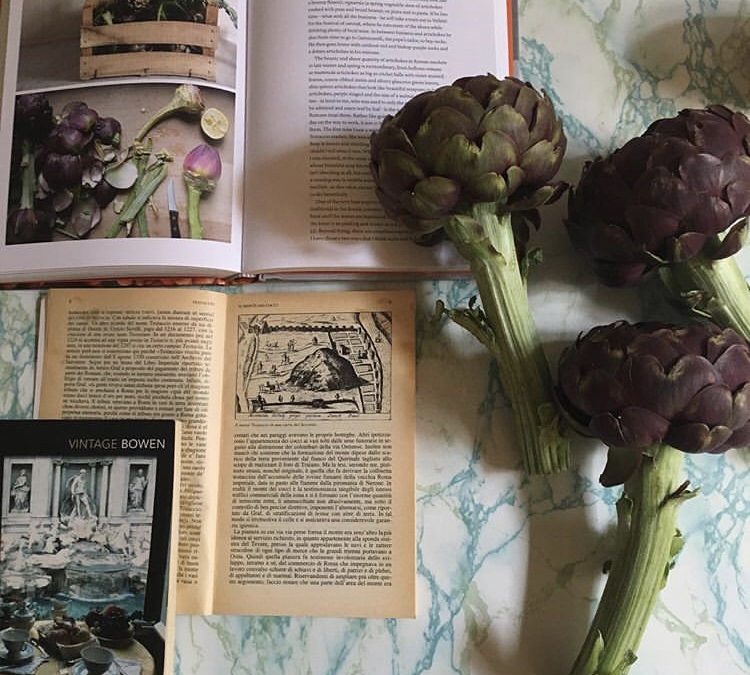 I am teaming up once again with Rachel Roddy for three spring Testaccio jaunts. They are on Friday 20 March, Friday 3 April, and Friday 15 May (booking details in links). This time we’ll be talking all about carciofi, every Roman’s favourite vegetable. Artichokes will play a big part in the day. As well, of course, as the cocci or broken pots of Monte Testaccio. Cocci e Carciofi. 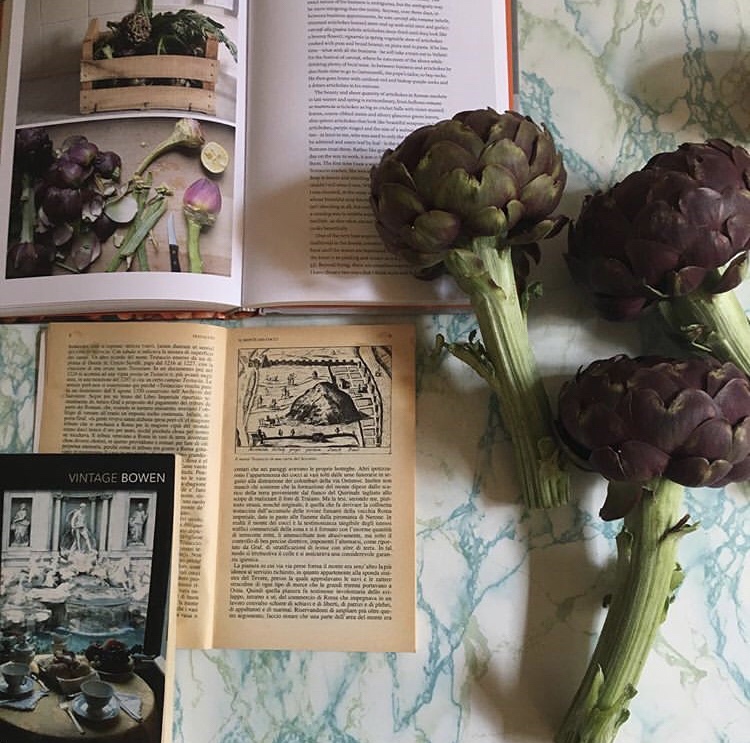 Rome was famously founded on seven hills. Just outside the boundary of its most ancient incarnation, beyond these hills, my geological map of the city shows a curious area of cross-hatching. A hill Unlike the seven, made not of the detritus of volcanic eruptions before the dawn of time, but of junk: a by-product of the human activity of Rome’s ancient past. This is the Monte Testaccio, or the Monte dei Cocci. Its names come respectively from “testae”, the Latin name for the pottery sherds which make it up, and “cocci” the modern Roman term for the same. 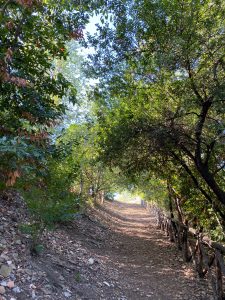 It was at the river port, south-west of the city proper, that imports were unloaded. Here amphorae were emptied of wares in their millions. One of the major imports was olive oil. Used not only in cooking, but also as fuel for lamps, and for personal hygiene and cosmetics, it arrived at the metropolis in vast quantities. The terracotta pots in which it was transported were disposable. This ancient landfill site is testament to Roman ingenuity, and to the practicalities which underpinned the much celebrated grandeur of the Imperial city. They had rubbish to dispose of too.

Like so much else, the area which had once had been so central to the city’s digestive system would be abandoned after the collapse of Empire.

In the late nineteenth century, following the Unification of Italy, Rome would become a new capital. It was to be a modern city, liberated from the shackles of its own (papal) ancien régime. Boulevards were cut through the higgledy-piggledy tangle of ancient, medieval, and Renaissance streets. Cutting edge technology was embraced. Along the river–where once the ancient port had been–an electric power station, a gasworks, and, at the foot of the ancient rubbish dump, a state-of-the-art abattoir were built. 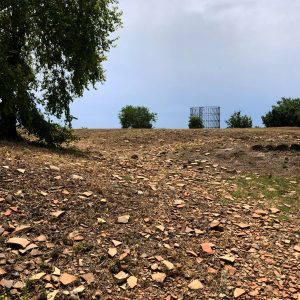 Testaccio would once again feed the city. The abattoir moved to new premises in the 1970s, but the area has firmly remained at the heart of Roman cuisine, especially the quinto quarto, the “fifth quarter”, so beautifully described by Rachel Roddy in her award winning book Five Quarters (published in the USA as “My Kitchen in Rome”).

Testaccio is still home to one of the city’s finest food markets and is a fabulous place for us to explore the entrails of the city, both ancient and modern. Rachel and I shall be leading you through the modern market, visiting Rachel’s favourite stalls and learning some technical tricks on preparing every Roman’s favourite vegetable, relieving the carciofo of his carapace and thistly choke.
We shall discuss the area’s social and culinary history and wander through the former abattoir. We also have specially arranged access to the usually closed Monte Testaccio, where we shall crunch our way over the pots for a unique view of the city and a discussion about what lies beneath our feet, and what they tell us about Imperial Rome.

We shall nibble on fried artichokes with a glass of something fizzy and, our appetites suitably sharpened, we will repair to a small trattoria for a slap-up lunch with a specially chosen spring menù, including (of course!) those artichokes, some classic Roman pasta dishes and, for those who wish, some of the offal for which Testaccio is so famous (alternatives will be available!). Much chatter and wine guaranteed. The day will begin at 10am and lunch will conclude at about 3.30pm.

Total cost, including all food and drink €115: . Booking details in links here for Friday 20 March, Friday 3 April, and Friday 15 May

Any dietary restrictions can of course be accommodated, please mention details when booking.