From Virgil to Vitruvius: some thoughts on the House of Augustus. 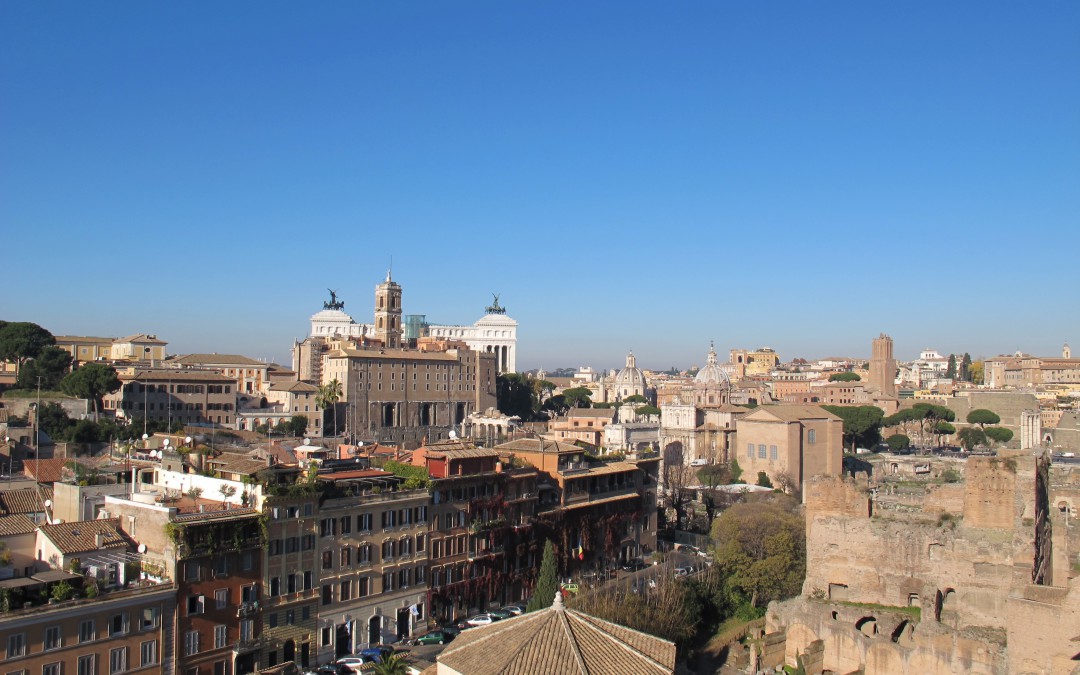 This year is a big anniversary for all things Augustus; the two thousandth anniversary of the death of the first Emperor of Rome.

The exploitation of art, religion, legend, history, poetry, dodgy family trees, you name it, in the relentlessly sophisticated propaganda machine of Octavian/Augustus is something I’ve always found incredibly interesting.

It was Octavian’s close friend Maecenas who sponsored Virgil whose epic poem, the Aeneid, detailed the heroic journey made by Aeneas, son of Venus, following the Achaean destruction of the city of Troy. Aeneas’ long and meandering journey across the Mediterranean knowingly echoed the voyage of Ulysses, and eventually he arrived on the western coast of central Italy. It is said that he landed a few miles south of the arrival point of many modern visitors, the wildly unromantic Fiumicino Airport. Aeneas had long been claimed as the distant (and divine) ancestor not only of Romulus, legendary founder of Rome, but also of the Julii, the family of both Caesar and Octavian.

Contemporaneously, Titus Livy wrote his Ab Urbe Condita Libri (Books from the Foundation of the City), a history of Rome which knitted the legends of the founding of the city together into a narrative which ran up until Livy’s own time, culminating in the inevitability of the rise of the “Golden Age” of Augustus.

In the works of Virgil and Livy, poetry and history distill legend. All roads lead to a justification of the inexorable and divine right to rule of Caesar’s heir, and they are the great spin-doctors of their time; large cogs in the powerful machine of Augustan propaganda.

Geography was also to become an integral part of this programme. Throughout the centuries of the Republic, the Palatine hill had been the smart part of town, and indeed aristocratic Octavian had been born on its slopes.

According to Suetonius, writing a century or so after Octavian was first proclaimed Augustus,

“… [Octavian] lived at first near the Forum Romanum, above the stairs of the ring-makers, in a house which had once belonged to the orator Calvus…” [Suetonius, Divus Augustus, LXXII/LXXIII]

Presumably this house was not high enough on the slopes of the hill to be referred to as in Palatio. Suetonius continues, however, telling us that

“…afterwards [he lived] on the Palatine, but in the no less modest dwelling of Hortensius, which was remarkable neither for size nor elegance…”

This house had been confiscated in the wake of the Battle of Philippi (42 BC), in which Hortensius’ son had allied with Brutus. It may have been relatively modest, but its postition was not; Octavian now lived close to the site which was held to be the site of Rome’s very foundation, the Roma Quadrata of Romulus.

View today from the Palatine Hill, looking towards the Capitoline

Around the time of Sextus Pompey’s defeat off the coast of Sicily at Naulochus, in September of 36 BC, work began on a new domus befitting Octavian’s rising status.

“…The people at this time resolved that a house should be presented to Caesar at public expense; for he had made public property of the place on the Palatine which he had bought for the purpose of erecting a residence upon it, and had consecrated it to Apollo, after a thunderbolt had descended upon it. …”

Thus the Palatine began its shift from residential district to seat of power. The lines between religion and state began to blur; Apollo, protector of Troy and so of the Julii was to be venerated on the very site of Octavian’s residence. Vowed after the Battle of Naulochus, the temple was dedicated in 28 BC, after Octavian’s definitive victory at Actium (31 BC) over Mark Antony and Cleopatra. A year later he would be proclaimed Augustus.

Painted decoration with architectural motifs in the “House of Augustus”

The divinity pervading Augustus’ palace (named for the hill on which it stood) is referred to by Augustus’ contemporary Ovid. In his mournful Tristia, written from his exile in the distant and bleak land of Tomis (on the Black Sea coast of modern-day Romania), a homesick and repentant Ovid imagines his book making a voyage to Rome, and being shown the sights of the city:

with gleaming weapons, and a house fit for a god.

‘And is this Jove’s house?’ I said, a wreath of oak

prompting that thought in my mind.

When I learnt its owner, ‘No error there,’ I said,

this is truly the house of mighty Jove’

But why do laurels veil the door in front,

their dark leaves circling the august ones?

Is it because this house earned unending triumph,

or because it’s loved by Apollo of Actium forever?

Is it because it’s joyful, and makes all things joyful?

Is it a mark of the peace it’s given the world?

Does it possess everlasting glory, as the laurel

is evergreen, without a single withered leaf to gather?”

In the 1960s excavations discovered several painted rooms, believed to be part of this House of Augustus. Richly painted by extremely skilled artists, they are, however, lacking in the bling of applied exotic stones which were to be found in the palaces of later emperors.

Painted decorations at the “House of Augustus”

Presumably it is this contrast which Suetonius has in mind when he speaks of the house’s modest decorations:

“The simplicity of his furniture and household goods may be seen from couches and tables still in existence, many of which are scarcely fine enough for a private citizen. They say that he always slept on a low and plainly furnished bed.” [Suetonius, LXXIII]

Indeed Suetonius’ insistence of the humble nature of Augustus’ residence is somewhat belied by calculations that the residence covered an area of some 25,000 sq m (92,000 sq ft).

There is a room which he mentions which has, tantalisingly if spuriously, been identified with one visible today. This is the room known as the “Emperor’s Study”, today visible (when the wildly variable opening hours of this side of the site permit) by climbing a modern steel staircase and peering through the glass opening which protects the room from humidity and our breath.

“If ever he planned to do anything in private or without interruption, he had a retired place at the top of the house, which he called “Syracuse” and “technyphion.”

“Syracuse” is perhaps a reference to the study of Archimedes in that city, “technyphion” a diminutive of the Greek meaning “workshop”.

Of the rooms which are today accessible this has the most refined and elegant decoration, clearly influenced by Alexandria with stylized obelisks, gryphons, and sophisticated interweavings of vegetal elements and the architectonic.

This last element is just the sort of thing which angered Augustus’ architect Vitruvius enormously. In his Ten Books of Architecture he described the stage set painted by Apaturius of Alabanda for the theatre of Tralles in Lydia. The replacement of architectural elements with vegetation incited the wrath of the mathematician Licymnius who had ordered that it be repainted, incapable as it was of supporting any  in the face of similar modishly Eastern decoration poor pragmatic Vitruvius grumbled,

“Would to God that Licymnius could come to life again and reform the present condition of folly and mistaken practices in fresco painting!” [Vitruvius VII]

His laments were to go ignored, and Roman painting would become ever more fanciful throughout the first century.

A visit to the House of Augustus can be included, upon request, in my “Heart of Ancient Rome” itinerary, where opening hours permit.